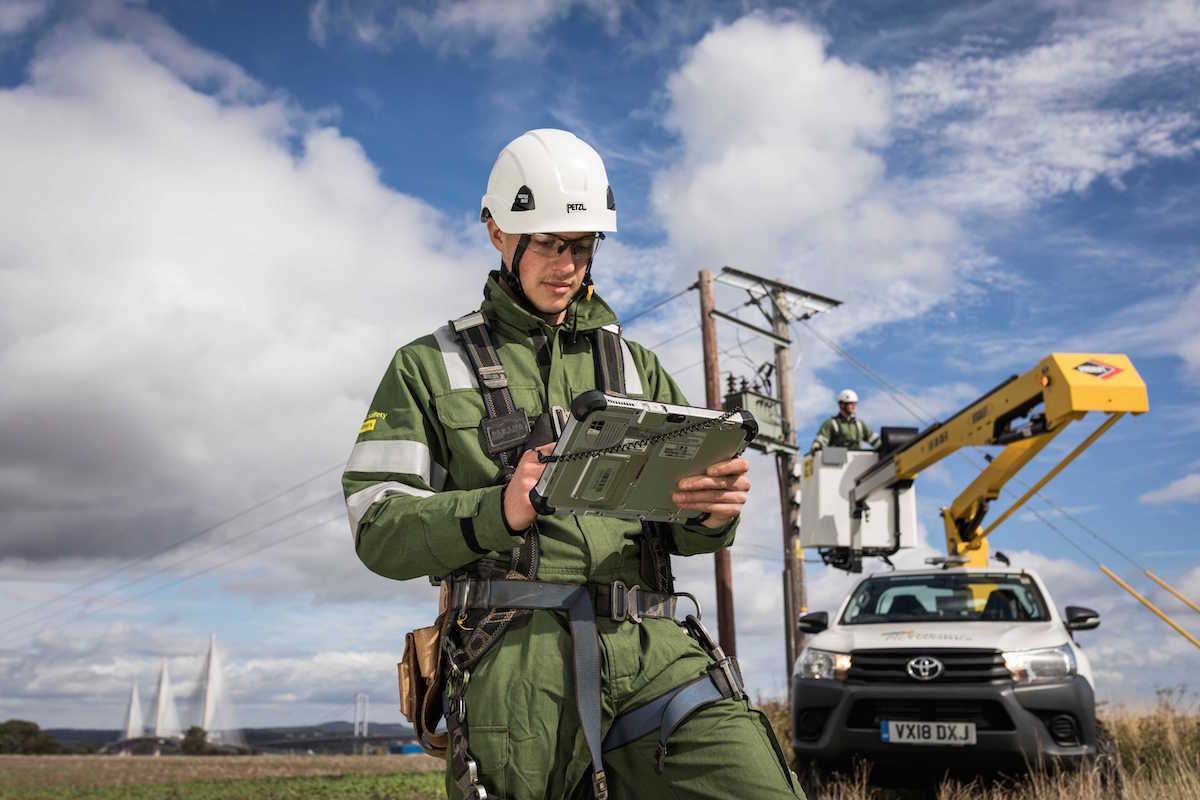 MORE THAN £1.5bn will be invested to prepare Scotland for a clean electricity transformation – central to plans to support electric vehicles and a transition away from gas central heating.

Scotland has pledged to become a carbon neutral nation by 2045 – with electricity, which is already generated from mostly-renewable sources, seen as a key power source to decarbonise other sectors including transport and heating.

Reliance on electricity as an energy source is expected to soar from 20% to around 65% by 2050 – with grid pressures increasing for sustainable transport, heat and industrial networks.

A transition away from petrol and diesel cars to electric vehicles and domestic heat pumps to replace fossil fuel boilers will need infrastructure improvements in order to protect power supplies.

SP Energy Networks has now drawn up investment plans to spent £1.58 billion in central and southern Scotland between 2023 and 2028. The proposals would enable a staggering 370,000 electric vehicles and 210,000 domestic heat pumps to be connected over the five-year period.

Earlier this year Finance Secretary Kate Forbes warned that Scotland will not be able to meet its ambitious climate targets without “leveraging in private investment” to help clean up the economy.

Leader of Edinburgh City Council, Adam McVey, warned that electricity networks in the capital “cannot cope with everyone making the shift from diesel or petrol to electric”, adding “it just doesn’t have anywhere near that baseload capacity”.

As well as pledging to become carbon net zero by 2045, MSPs have also committed to cutting 1990 levels of carbon by 75% in just nine years’ time.

Frank Mitchell, CEO of SP Energy Networks, said: “The scale of the task at hand cannot be underestimated.

“If Scotland is to hit its net zero targets, we must deliver one of the largest, fastest upgrades of our critical infrastructure this country has ever seen.

“We deliver an essential public service – keeping the electricity flowing to 6 million people across 3.5 million homes and businesses.

“This is an important and privileged role and it’s one we never take for granted, but it is so much more than just ‘keeping the lights on’.

“This investment is vital and with five months to go until COP26, launching this plan shows our commitment to getting the job done for our communities across the Scotland.”

SP Energy Networks plans to recruit more than 1,100 green jobs across its licence areas of central and southern Scotland and Merseyside, Cheshire, north and mid-Wales and north Shropshire.

The company claims that new technology and efficiency embedded in its plan will save customers £173 million.

Mr Mitchell added: “When the current infrastructure was built, homes used gas or solid fuel for heating with only twenty appliances running on electricity – compared to more than fifty now.

“Over the next two decades, we expect to see that demand rise significantly, as millions more electric vehicles and heating systems come online.

“Our network has served us well over the last fifty years. Now is the time to invest so it stands ready to continue that service in a truly decarbonised future.”

In its latest report into the UK climate risk, the Scottish Government’s statutory adviser, the Climate Change Committee, warned that “ensuring the UK has a power system that is resilient to future climate impacts is now an urgent issue”.

It adds: “The next 10 years will see a huge growth in investment in both electricity generation and expansion of the distribution grid.

“The UK will become more dependent on electricity as we reduce our greenhouse gas emissions to net zero and it becomes our dominant energy source.

“Electricity provides about 15 – 20% of our energy today. By 2050 it could account for around 65%, as we transition to the use of electricity for heat, transport and across industry, as well as light, communications and delivery of other critical services such as water.

“People and the economy will be increasingly exposed and vulnerable to electricity system failures.”

Morag Watson, director of policy at Scottish Renewables, said: “97.4% of Scotland’s electricity demand is met by renewable sources, but renewable electricity is only a quarter of the puzzle.

“Heat makes up more than half of the energy used in Scotland and domestic and commercial transport accounts for almost 25%, so decarbonising these sectors will be essential if we are to meet our net-zero target.

“Upgrades across the UK’s ageing electricity transmission system will be critical to ensure it can cope with the increased electrification needed for the new ways of generating and using power, such as electric vehicles and heat pumps.

“Energy storage, as well as new flexibility technologies and systems, will also have an increasingly important role to play in helping to balance supply and demand.”