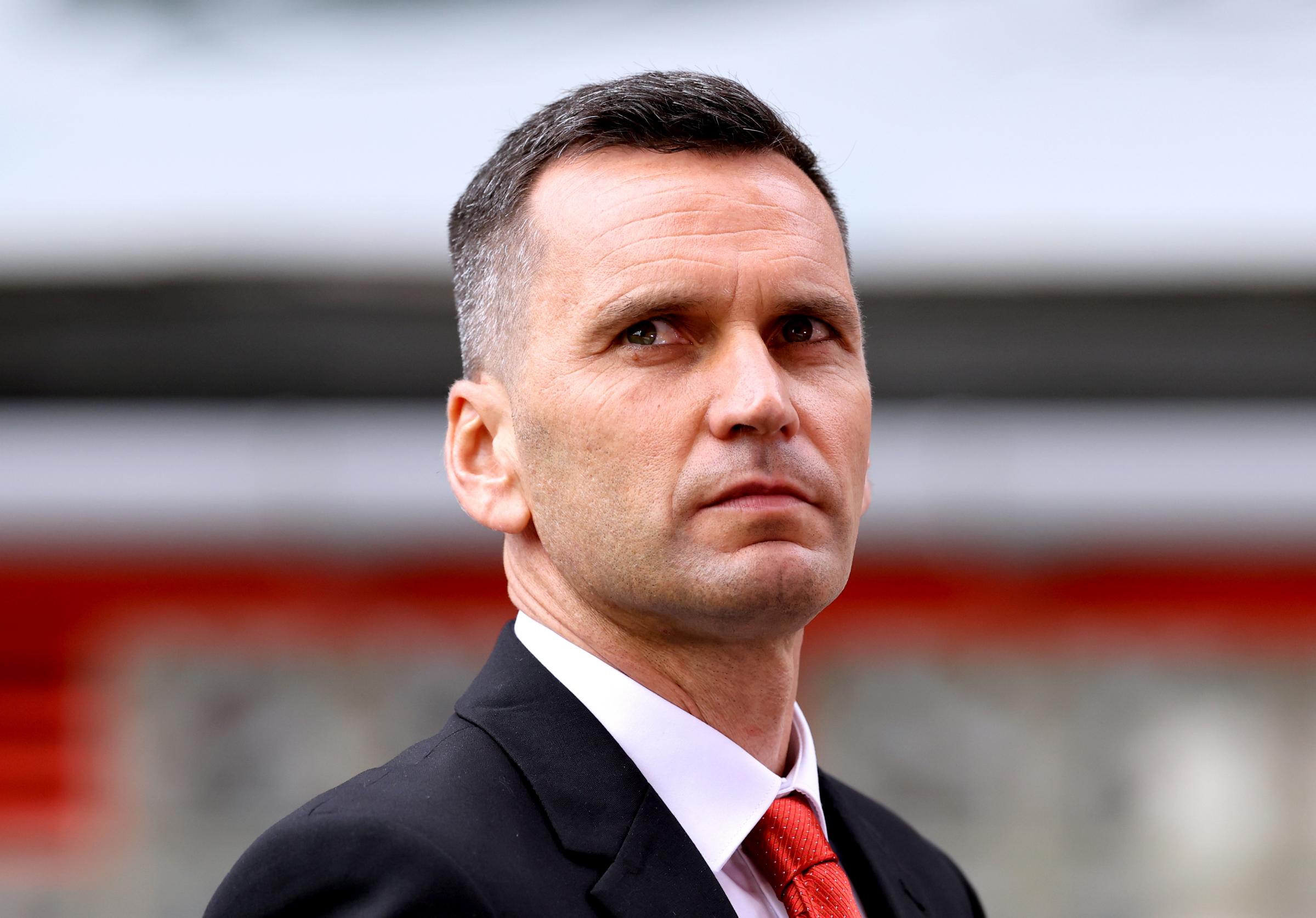 Stephen Glass was a callow youth when he first experienced the excitement and glamour of European nights at Aberdeen.

It was November 1993 when top Italian side Torino came to town as the Dons, then managed by Willie Miller and trailing 3-2 from a compelling European Cup-Winners’ Cup-tie first leg defeat in Turin, stumbled to 2-1 loss at Pittodrie.

Glass’ football journey from 16-year-old ball-boy on that rainy north-east night has brought him back to the Granite City, this time as the man leading the Dons in the search for European glory.

The Dundonian, then just on the books of the club, recalls sitting on the concrete steps and being fascinated by the atmosphere and occasion as local heroes like Theo Snelders, Stewart McKimmie and captain Alex McLeish took to the pitch in front of 21,655 fans.

Now, Aberdeen’s 3-2 win over Breidablik in Iceland a week ago gives the second leg of a Europa Conference League tie that will take the winners into the play-off phase of the competition, an edge and offers him a challenge for which he is ready when the men from Reykjavik visit tonight.

“One of the videos from the game against Torino shows the Lee Richardson goal,” he said, “and when McKimmie picks the ball up there’s a kid sitting on the steps of the stand. That’s me. That night was unbelievable with the crowd and the noise. I was a young professional at the time and feeling Pittodrie’s a special place on a European night.

“That’s probably the closest I got to a full scale big European night. Was a I good ball-boy? The best!”

The 45-year-old, is eager to see a packed stadium tonight with up to 15,000 tickets already sold and, he hopes, a few thousand walk-ups to boost the attendance.

But Glass refused to be drawn into a war of words with Breidablik head coach Oskar Hrafn Thorvaldsson whose post-match comments on the Dons following last week’s first leg, were less than complimentary.

Aberdeen, he insisted, did not try and play football. He felt confident his side could win by two goals at Pittodrie.

“I don’t know what his angle is,” said Glass. “There aren’t many managers who come out and criticise the other teams.   It is interesting he did that. It is his prerogative, but we will just look after ourselves like we always do.

“He can be as public as he likes with that. I am not a good enough coach to critique other managers’ teams, but some people are.

“I don’t know what the opinion is of Scottish teams.  In the day, we were good fighters and all that stuff but I think we have moved on.

The fact Steve Clarke took the national team to the Euros in some style might start to change people’s opinions. Positives results are great.

“Callum Davidson’s St Johnstone went to Turkey and got a draw against Galatasaray. Positive results breed positive mentality from other countries about your team.”

The Reds manager reported a clean bill of health for all members of his squad with the likelihood that midfielder Lewis Ferguson, who was on the bench for the late win at Livingston at the weekend, will come back into the team.

Meanwhile, goalkeeper Joe Lewis believes there is no reason why the Dons would not progress in Europe and a place in the play-offs against either Cyrprus outfit AEL Limassol or Qarabag FK, of Azerbaijan.

“Getting to that stage is big for the football club,” he said. “However, we are not going to get ahead of ourselves. We are one goal ahead and need to make sure we perform well.

“Of course, the goal is to get to the groups and from there you reassess and think what we can do from there. We are looking to put in a strong performance but will not get too carried away.

“We have a one-goal advantage and we’ve seen they can hurt us if given the time and space to do that. They have some good players so we have to make sure we are fully focused.”