BBC Scotland boss: ‘Range of options on the table’ in studio shake-up plans 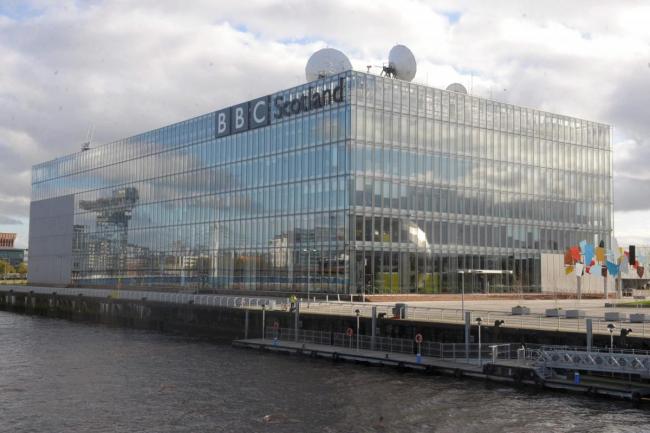 THE DIRECTOR of BBC Scotland has admitted a “range of options are on the table” as he responded to MSPs’ concerns about speculation two studios could be transferred to a London-based subsidiary company.

Holyrood’s Constitution, Europe, External Affairs and Culture Committee wrote to BBC bosses last week raising concerns about “recent media reports on the possible transfer of Studio A and Studio B at the BBC Scotland Pacific Quay site to the control of BBC Studioworks, a commercial subsidiary of the BBC.”

The letter added: “The committee is concerned about the possible transfer of the two studios at BBC Scotland Pacific Quay to the control of BBC Studioworks within the context of the issues raised in the legacy paper on the screen sector in Scotland – in particular, the role of the BBC in occupying ‘a central role in supporting the Scottish screen industry.’

“Any loss of jobs, training and skills in the sector would also be of concern to the committee.

“The committee asks for a response, and for the opportunity to take evidence on this issue after our summer recess, prior to any decision being taken in relation to this matter.”

Steve Carson, the director of BBC Scotland, has penned a response to Clare Adamson, the convener of the committee – stating the studio arrangement is “currently being reviewed in detail”, adding that “a range of options are on the table”.

He said: “Overall, the BBC wants to increase investment and support the expansion of the broadcast production sector in Scotland, delivering more content as part of the Across the UK strategy, announced earlier in the spring.

“On the question of studios, BBC Studioworks is in talks to take on the operational management of the Kelvin Hall studio, which is to be funded by Glasgow City Council and supported by Screen Scotland.

“How the BBC can best relate with the development at Kelvin Hall is currently being reviewed in detail. And, as part of this process, we are also looking at a range of options around the operation of the BBC’s studio facilities in Glasgow.”

Mr Carson added: “I would like to reassure you and the committee that at this point no decisions have been made. A range of options is on the table, BBC Scotland is centrally involved in the process and we are consulting fully with our staff during this review.

“When the opportunity permits, we would, of course, be delighted to speak to the committee about our overall studio infrastructure plans, as we would about our overall business development strategy. In the meantime I hope this letter provides you with the reassurance that no decisions on this matter have yet been made.”

The issue was raised at First Minister’s Questions on Thursday by Scottish Greens MSP Ross Greer.

Mr Greer said: “Next month, the BBC will make a final decision on the proposal to transfer ownership of its Glasgow Pacific Quay studios to a subsidiary company. Staff have been warned that that could result in dozens of redundancies and no Transfer of Undertakings (Protection of Employment) Regulations transfer.

“There are wider concerns across the Scottish production sector that the transfer will restrict access to the studios, as decisions on access will be made from London.

“What representation has the Scottish Government made to the BBC about the proposal? Will a Government minister meet the Broadcasting, Entertainment, Communications and Theatre Union (BECTU) to discuss how the jobs can be saved?”

In response, the First Minister said the Government “regularly make representations to the BBC on such matters”.

READ MORE: BBC hit by hundreds of complaints over ‘bias’ in Leaders’ Debate

She added: “For example, personally, I have made representations in the past about the need to build up production capacity in Scotland and for the BBC to spend more of the licence money that Scottish viewers pay in Scotland to support the economy and production opportunities here.

“I therefore share the concerns that Ross Greer has raised, and I hope that the move does not go ahead. I cannot see—and have not seen—anything that suggests that it would be in the interests of Scotland as a whole or of the production sector in particular.

“The Government would of course be happy to meet a BECTU representative. If that has not already been arranged, I am sure that it quickly can be.”