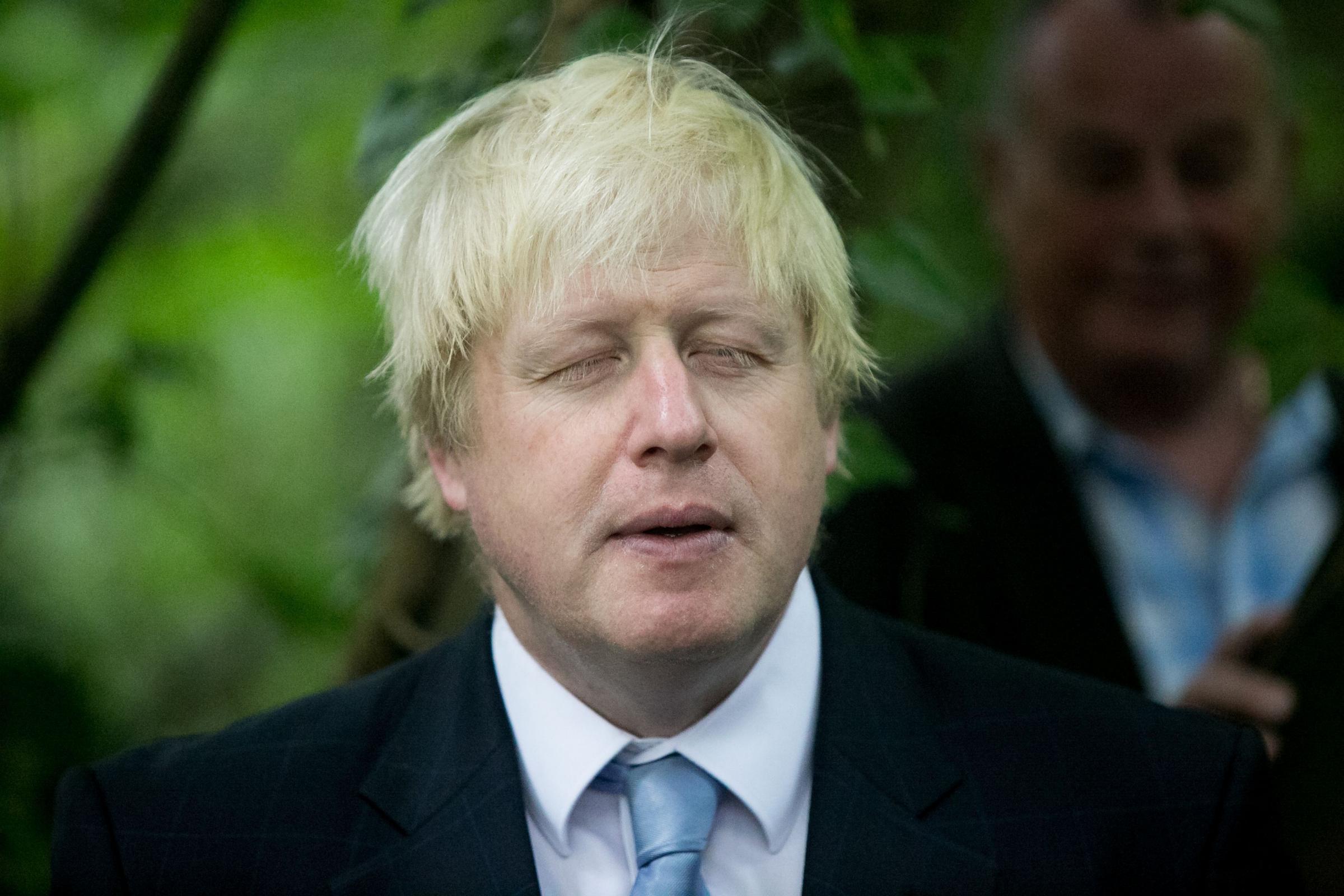 IT is difficult at this juncture to conceive of anything that could make the hidebound Johnson administration take the action necessary to mitigate a UK supply-chain crisis rooted firmly in the hard Brexit folly and exacerbated by the pandemic.

As the days pass, the warnings from business leaders come thick and fast, and the detrimental impact on the economy of this home-made shambles and related woe becomes ever plainer.

Andrew Sentance, a former member of the Bank of England’s Monetary Policy Committee, meanwhile observed last week that “now that lockdown has been eased, we’re seeing a truer reflection of the impact of Brexit and issues building up before the pandemic”. He warned shortages of workers and materials were the most acute in decades.

Richard Walker, managing director of food retailer Iceland, has in recent days highlighted his belief that Brexit is responsible for the supply-chain problems. Mr Walker also hammered home his view that it was “a self-inflicted wound”, flagging the UK Government’s “failure to appreciate the importance” of heavy goods vehicle drivers and the work they do.

READ MORE: Ian McConnell: Amid very British shambles, Johnson Cabinet should listen up but not to bizarre Brexiter narrative

Mr Walker proposed a solution – calling for HGV drivers to be added to the UK’s exempt list of skilled workers to enable recruitment of people from overseas.

Before Brexit, of course, HGV drivers from throughout the EU were free to come to the UK to work, with no red tape. They have long been a crucial part of this sector’s workforce. Many have returned to their home countries or moved from the UK to other continuing EU member states. Some of these decisions were triggered mainly by the pandemic and others by Brexit. However, a key point is many EU workers in haulage and a raft of other sectors have left the UK and not returned.

The Road Haulage Association has estimated the UK’s shortage of HGV drivers at more than 100,000, and has highlighted the major part played by Brexit. It has called for HGV drivers to be added to the Government’s skilled worker shortage occupation list.

The response from Secretary of State for Transport Grant Shapps, and his counterparts at the Department for Work & Pensions, Thérèse Coffey, and Department for Environment, Food & Rural Affairs, George Eustice, to the logistics industry’s concerns, expressed by the RHA and major sector players in an open letter, was dismal.

The ministers responded: “Large numbers of EU nationals have settled status or pre-settled status in the UK and continue to be an important part of the lorry driving workforce. But for the future workforce, we will need to develop people resident in the UK as opposed to specifically providing visas for this group of workers.”

As the situation deteriorates fast, still the UK Government refuses to take urgent action. Any sort of meaningful intervention remains conspicuous by its absence.

And it is impossible to see anything other than political and ideological stubbornness as being behind this staggering inaction.

The problems are clear. They are not going to go away, given the hard Brexit decision. And additional short-term challenges from self-isolation amid the coronavirus crisis have exacerbated the woe. However, simple, sensible action that could be taken to mitigate the emergency is staring the Johnson administration in the face.

The UK economic recovery is being hampered dramatically by the Conservative Government’s post-Brexit clampdown on immigration from EU countries. It is also being impeded by the Johnson administration’s decisions to maximise friction in trade with the EU by refusing to remain part of the single market after Brexit and, for reasons best known to itself, being determined not to accept regulatory alignment. Acknowledging both of these mistakes would be a good start in trying to limit the damage from them.

A survey published last week by the Confederation of British Industry showed stock levels in relation to expected sales reached record lows across the UK retail and distribution sectors last month. Comparable records date back to 1983, when the CBI distributive trades survey began. The latest survey also showed an accelerating fall in imports.

Of course, the UK’s damaging and embarrassing supply-chain troubles extend far beyond the albeit enormous woe of the HGV driver shortage, to the likes of the food-production sector.

The Scottish food and drink sector last week highlighted the extent of its “recruitment crisis”, post-Brexit and amid the pandemic.

In a joint letter to the Scottish and UK governments, key players in the sector warned of “reduced production, reduced growth and ambition, and failure to fulfil orders for customers and consumers” amid the labour crisis.

They declared: “Both Brexit and the pandemic have accelerated existing pressures on labour availability. We have now reached crisis point putting the growth, viability and security of many Scottish businesses in jeopardy, with knock-on impacts for consumers.”

They said: “It is now clear that many people who would traditionally have been attracted to work in the food industry from abroad can no longer do so. Online and delivery companies have also recruited workers during the pandemic and there is no sign of people returning to the industry.”

The difficulty in recruiting workers from abroad is clearly an issue for the Johnson administration, rather than the Scottish Government, to fix given it arises from the foolish immigration clampdown.

The British Poultry Council last month laid the blame for chicken shortages, which forced the temporary closure of dozens of Nando’s restaurants, firmly at the door of Brexit. So did Avara Foods, one of the UK’s largest chicken suppliers to the supermarket and restaurant sectors.

Avara Foods declared: “Our concern is recruitment and filling vacancies when the UK workforce has been severely depleted as a result of Brexit – this is causing stress on UK supply chains in multiple sectors.”

Steve Murrells, chief executive of the Co-operative Group, told The Times recently that food shortages “are at a worse level than at any time I have seen”, blaming “Brexit and issues caused by Covid”.

It is often utterly perplexing to watch the UK Government’s refusal to address, or even acknowledge, the troubles it has visited upon the country, businesses and households.

Meanwhile, the UK hospitality sector is also being hampered severely as it attempts to recover from the huge hit of the pandemic because of skills and labour shortages, arising crucially from a lack of EU workers, who have in recent years and decades played such an important part in this industry’s success.

Among other key sectors affected by skills and labour shortages is engineering.

It should be crystal clear the extent to which enabling an easy return of workers from the EU to the UK could help at least ease the dreadful supply-chain shambles and crucially also boost the UK’s economic recovery prospects. Measures to facilitate this would also be a huge help to a raft of other crucial sectors of the UK economy, some of which have been laid low by the pandemic.

Such a sensible volte-face on immigration would obviously in turn help reduce damage to living standards.

Depressingly, the Johnson administration does not seem interested in doing this. It would rather stick with a grim ideology that is already causing much damage.