FERRY cancellations have again hit islands businesses as another vessel in CalMac’s ageing fleet broke down.

The Coruisk was replaced by the Loch Linnhe but not before disruption to daytripper and tourist traffic hit revenues and added further uncertainty to already anxious times.

The fragile ferry infrastructure has also been stretched by positive Covid results on crew levels and weather, with no results yet in the push towards adequate cover.

Although Transport Scotland told The Herald it is “actively exploring opportunities for chartering additional tonnage and looking at other credible, affordable and viable options to improve resilience”, the prospect of serious disruption between now and the introduction of the two new ferries, with one set for next summer and the other potentially not seeing its first summer season until 2024, looms large.

Mairi Gougeon, new Cabinet Secretary for Rural Affairs and Islands, was on a visit to the islands this week, which according to the MSP’s Twitter account included viewing a new housing site that had received funding, visiting a nature reserve and a distillery, while also popping into a hotel where she previously stayed.

According to the official Scottish Government account “with news and information on agriculture, the food industry, rural areas, and islands”, Ms Gougeon was “able to enjoy some breath-taking views on a visit to a farm on Bressay”.

The official account then asks: “Did you know that Bressay is the fifth-largest island in Shetland?”

There was mention on the Cabinet Secretary’s timeline of the ferry crisis. After Ms Gougeon posted about having the beach to herself for a run, of which she says “you really can’t beat it”, a respondent adds: “If the ferries allow.”

Finishing off a busy couple of days on Islay and Colonsay with @jenni_minto, with a final run on the beach which I selfishly had all to myself ☺️ then catching up on some emails before heading off to Shetland this morning! pic.twitter.com/19h84iU8Vs

The Angus North and Mearns MSP was probably trying to highlight with good intention the highs of island life and visiting. However, perhaps the Cabinet Secretary should consider the likelihood of there being a ferry breakdown when setting up such optics.

“It was interesting this week to hear Boris Johnson apparently turn down his bullishness about removal of legal limits on social contact on England’s so-called ‘freedom day’ being ‘irreversible’. After all, the Prime Minister is a man who seems to favour loud, bold, categoric statements, whatever the reality.” 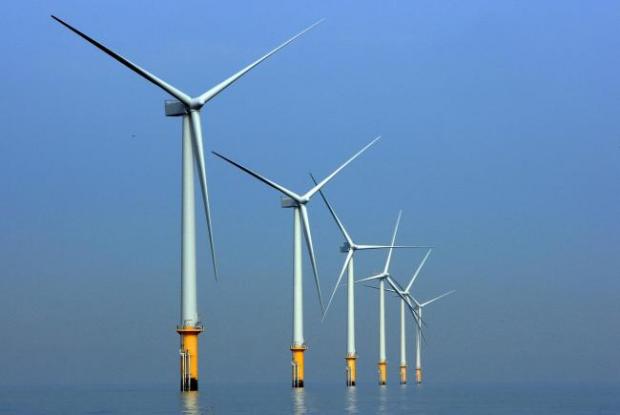 Energy giants who are keen to emphasise the concerted effort they will play in the transition to net zero teamed up to enter the bidding for windfarm licences off Scotland in a landmark licensing round that has generated huge interest.

ScottishPower and Shell said they have submitted multiple proposals for new large-scale floating offshore windfarms as part of a significant leasing round, which closed for submissions on Friday, and stood out as the first offshore wind auction to cover acreage off Scotland for a decade.

It sounds like a golfer’s idyll, extending to150 acres, featuring an 18-hole course, a nine-hole par three course, a clubhouse with bar and restaurant, and practice facilities that include a driving range. Strathmore Golf Centre probably is just that, if the golfer has upwards of £1.4m to spend.