Chelsea and Spurs in fitting tribute to legend Jimmy Greaves 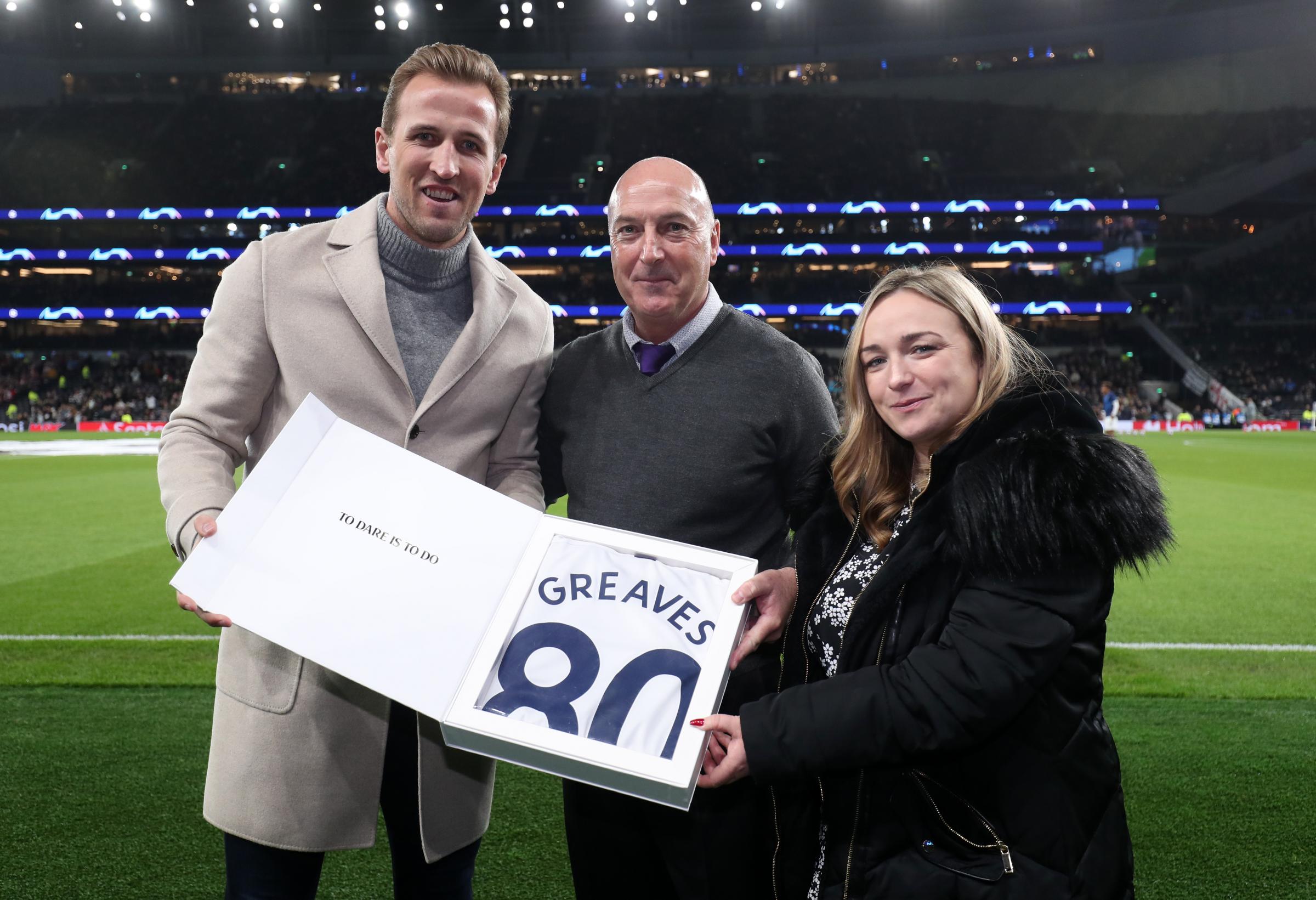 Jimmy Greaves, who died aged 81 yesterday, was widely acclaimed as the greatest finisher ever seen in English football. His statistics – the kind that people of all generations understand – bear witness to his talent for putting the ball in the back of the net in the 60s and 70s. He did so 266 times for Tottenham Hotspur in 379 games, a tally that remains a record to this day. He rattled 124 in 157 goals in four seasons for Chelsea at the start of his career. There were a further 38 in two years for West Ham and 44 in 57 for England, too – all in the style of an early day Lionel Messi, touching the ball beyond opponents, gliding past goalkeepers and passing into the net. Only Messi and Cristiano Ronaldo have scored more goals in the top five leagues than Greaves and it gives some measure of how prolific his predecessor was that his Spurs ratio dwarfs that of Harry Kane’s.

“Hopefully we can put on a performance in his honour,” said Kane, the Spurs striker, who had been expected to break Greaves’ club record eventually, before he started making noises about wanting to leave the club in the summer.

But it was Chelsea who did just that, scoring three times after half-time despite a fast start by Spurs in which they failed to take advantage of their superiority. Kane’s desire to leave in the summer serves as a continuing reminder of how far the club has drifted since reaching the Champions League final two years ago, a reminder, too, that it’s not since the days of Greaves – who arrived in north London in 1961 to join the champions – that Spurs were a truly dominant force in English football.

Moyes gets it wrong

Signs it’s not your day No.1: The attacking midfielder who scored freely for you on a loan deal the previous season comes off the bench to hit a goal that appears to condemn your side to a 2-1 defeat. Signs it’s not your day No.2: you win a penalty in added time, bring on your talismanic captain, a one-club man whose 27 goals from 31 attempts rank him fourth on the all-time Premier League list for successfully converted penalty kicks – and he misses. That was David Moyes’ lot yesterday as his West Ham side lost 2-1 following Jesse Lingard’s late wonder goal. On the first point, Moyes spent most of the summer chasing Lingard but West Ham decided not to do the deal and on the second he must hold his hands up and admit he got it wrong. Noble hadn’t warmed up, indeed had hardly kicked a ball for West Ham this season and it showed in his penalty. Normally, deadly from 12 yards – he had scored his last 10 in a row – Noble struck tamely at David de Gea to gift the three points to United.

It was a match dominated by VAR appeals for penalties at both ends, mostly for Cristiano Ronaldo – two were not offences – but for the other, a foul by Kurt Zouma on the Portuguese, Martin Atkinson and the VAR, Darren England, got it wrong. They weren’t the only ones to make a high-profile mistake, however, as the decision made by Moyes – who said he would have been more disappointed had he not brought Noble on to take the penalty – and the one by West Ham in the summer would later attest.

“Don’t ask the manager of the team that doesn’t get the penalty what he feels,” said a part-exasperated, part-tickled Ralph Hasenhuttl in the aftermath of watching his Southampton side draw 0-0 with Manchester City at the Etihad. The Austrian was being asked about Kyle Walker’s desperate, last-ditch tackle on Adam Armstrong in which he stepped across the striker and felled him as he homed in on goal. He had a pertinent point as he pondered Jon Moss’s decision to overturn a penalty and a red card without actually spelling out his frustration: the lack of interference by VAR has been a feature of the early weeks of the season but the Moss example is an indication that it is creeping back in: re-refereeing games and at the expense of the correct decision in the first instance.

It was a weekend for the old guard

There is a commonly held belief that the Premier League is for young players only but it’s a tired cliché that is being undermined on a weekly basis. Take the round of matches just finished. The 38-year-old Ben Foster was in impressive form as Watford beat Norwich City 3-1 at Carrow Road, while Cristiano Ronaldo – a mere whippersnapper at 36 – continued his better than a goal a game return to Manchester United with the equaliser in his side’s win at West Ham while another thirtysomething Thiago Silva scored and kept Heung-min Son under close guard at Tottenham yesterday. But it was James Milner who took the real plaudits at Anfield with a performance in Liverpool’s 3-0 win over Crystal Palace that left him top of most of the measurable categories for touches, sprints and distance covered. In this new era of increased fitness levels, rigorous diets and sports science, however, it is not just physical prowess that matters: the old heads have the nous that counts, too.

There has been a worryingly familiar start to this Premier League season for newly promoted Norwich City but with a notable difference. In their two most recent campaigns that ended in relegation from England’s top flight, Norwich had six points after their first five games. This time around Norwich – containing Scotland internationals Kenny McLean, Grant Hanley and Billy Gilmour – have yet to record even a draw. We’re only an eighth of the way into the season but it already feels as if Daniel Farke’s commitment to attacking football and a refusal to compromise on his principles is going to lead to an inevitable relegation back to the Championship. The German was rewarded with a new four-year contract in the summer suggesting that the club’s owners Delia Smith and Michael Wynn-Jones are happy with their man. How long that patience lasts will surely be put to the test in the months ahead, especially with a forthcoming fixture list that suddenly looks much more daunting than it did at the start of the campaign.