THE SCOTTISH Government has been urged to ensure the country isn’t “left behind” by a revolution in renewable energy ahead of the COP26 climate conference.

Labour has issued the warning after figures from the Office for National Statistics (ONS) showed that direct employment from green jobs in Scotland is at its lowest level since 2014, according to the latest available statistics.

But economic experts have warned the ONS statistics “should not be used to track performance of these technologies over the short term”, due to wide margins or error.

The Scottish Government has also been unable to fund any projects from the £100 million green job fund it announced last September.

Scottish Labour has claimed that the SNP’s “eye has been off the ball” on green jobs and has called for a Scottish energy development agency to be set up to co-ordinate job creation and growth in renewable energy production.

The UK Government will host the global COP26 climate conference in Glasgow in 100 days’ time.

COP26 president Alok Sharma has stressed the event is the “last best chance” to keep a 1.5C critical warming limit alive while the Scottish Government’s Net Zero Secretary, Michael Matheson said the gathering would present Scotland with “a unique opportunity to show leadership on climate action on the international stage”.

READ MORE: COP26 Countdown: SNP told to ‘up its game’ with climate action

But Labour is challenging the Scottish Government to develop more green jobs ahead of COP26.

The party wants the £100 million green jobs fund to be immediately deployed, action and investment to bring bus networks under public control in a bid to improve services for the public and promote more sustainable travel.

Labour also wants a complete moratorium on the creation of new waste incinerators across Scotland after incinerator capacity has been allowed to soar by 400% since the SNP came to power.

Scottish Labour net zero, environment and transport spokesperson, Monica Lennon, said: “In just 100 days the eyes of the world will be on Scotland, and yet this SNP Government is failing to deliver the green jobs that people need. 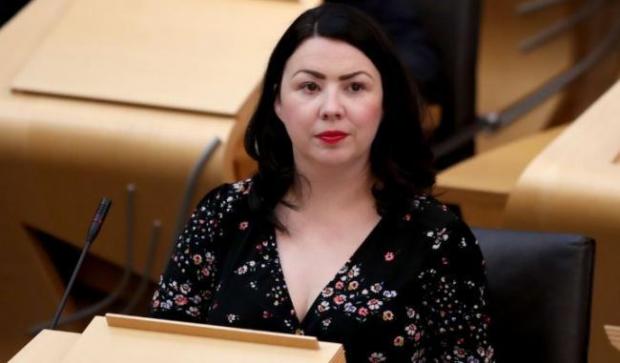 “Scotland should be a world leader in renewables, but the SNP has taken their eye off the ball. We need to close the gap in Scotland between climate rhetoric and reality.

“It’s no good SNP ministers announcing £100 million for green projects in 2020, only to hold it back from the businesses and workers who need it.”

She added: “A Scottish energy development agency should be established urgently, to ensure future funds and support are distributed quickly and to the right places.

“Only radical and immediate action will do to meet the challenge of the climate crisis and to ensure that the people of Scotland benefit from a planned transition to a greener economy.

“With 100 days to COP26, Scottish Labour is calling on the Scottish Government to take urgent action on green jobs and just transition, fix our dysfunctional bus services and protect communities by banning new incinerator developments.

“Scotland’s journey to net zero nation by 2045 is dependent on bold action, and there is no time to lose.”

Research by the Fraser of Allander Institute found that “Scotland’s renewables sector has a turnover of £2.8 billion and 6,440 full-time equivalent employment” adding that “the true impact of the renewable sector on the economy is far greater than its turnover and direct employment”

Pointing to the ONS figures, the Fraser of Allander study, on behalf of Scottish Renewables, warned “the survey may be underestimating the direct jobs within technologies such as tidal and wave”.

It added: “Therefore we caution that these results should only be used to provide a sense of magnitude. “These figures should not be used to track performance of these technologies over the short term as the margin of error on the underlying data is likely to exceed any short-term changes.”

In addressing the failure to allocate the green jobs fund to projects, the Scottish Government said that grants “must follow due process” – adding that applications are being reviewed ahead of funding being awarded later this year.