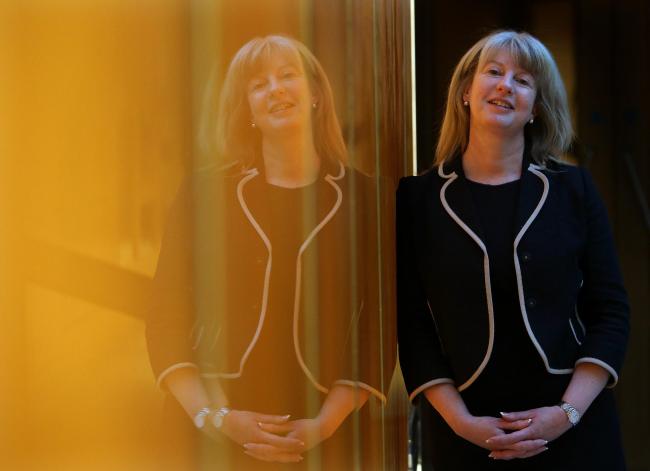 THE NUMBER of homeless households being sheltered in temporary accommodation in Scotland has soared in the space of a year, snapshot data has revealed.

Speaking in Holyrood before the summer recess last week, Housing Secretary Shona Robison pledged that it was a “top priority” to reduce the number of children and pregnant women being housed in temporary accommodation.

Mr Briggs said: “The most recent Scottish Government statistics show that 7,900 children are living in temporary accommodation, which is a 9% increase on the figure for 2019-20.

“We all know that a safe and stable home is vital to a child’s wellbeing and development.

“After 14 years of Scottish National Party Government, the situation is getting worse and worse, especially here in the capital.”

Ms Robison pointed to the “enormous efforts during the Covid-19 pandemic to ensure that people could be in safe accommodation”.

She added: “I do not want anyone to live in unsuitable temporary accommodation, so it is a top priority for me to try to resolve the situation.

“I want to engage with local authorities and housing associations in each area, to consider what more we can do.

“The 100,000 affordable homes that we have delivered are important, as is the commitment to building 100,000 more affordable homes, 70 per cent of which will be for social rent. That will make a big impact, but there is more to be done.”

The new figures also show that the average length of time people are forced to spend in temporary accommodation has been increasing year-on-year to a staggering 199 days in 2020/21.

“Every year families are forced to spend more and more time in temporary accommodation, waiting for the safe, secure housing we all deserve.

“This is before we have even felt the full effects of the pandemic. If we do not act now the worst might still be to come.”

He added: “The SNP’s refusal to extend the evictions ban to all levels has created a ticking time bomb of homelessness.

“We urgently need a plan to get people into their own homes, without relying on temporary accommodation.”

The statistics also show that homelessness from private rental tenancies fell by more than 40% last year amid greater coronavirus protections.

Holyrood introduced a nationwide ban on evictions at the start of the outbreak as part of emergency coronavirus measures.

This continued until January, although sheriff officers still cannot remove anyone in a Level 3 or 4 restrictions tier unless under strict circumstances.

Ms Robison said: “Throughout the pandemic, the Scottish Government’s priority has been to keep people safe from coronavirus.

“We introduced protections to prevent evictions, which have contributed to a 42% reduction in homelessness applications from the private rented sector.

“As recently as last week we announced a £10 million grant fund to support tenants who are struggling as a direct result of the pandemic.

“We also saw a huge effort by partners to work collectively and move hundreds of people from the streets and night shelters into a place of safety.

“The number of people sleeping rough in the areas where it was concentrated is now at a record low.

“Although this has contributed to an increase in the numbers in temporary accommodation, our utmost objective now is to step up our work with councils to ensure people are supported into permanent settled accommodation.”

The most common reasons for making an application were being “asked to leave” at 27%, a “dispute within the household” involving non-violent relationship issues at 22%, as well as violent or abuse within a home, at 14%.

There were 27,571 households assessed as homeless or threatened with homelessness – a drop of 4,010.

Scotland also saw a reduction in the number of cases closed.