Covid Scotland: Test and Protect no longer meeting WHO targets amid cases surge 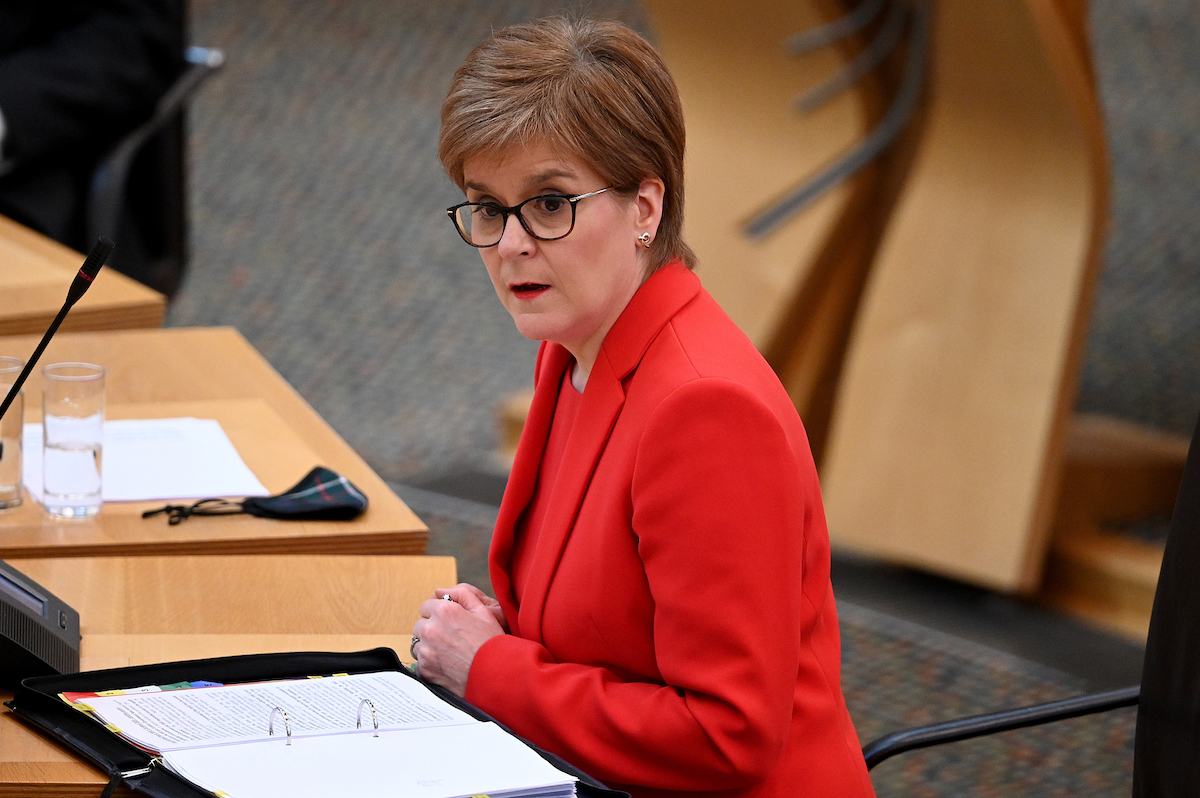 SCOTLAND’S Test and Protect system has been labelled “completely overwhelmed” by a surge in cases after officials failed to hit a World Health Organisation (WHO) target for 80 per cent of cases to be closed within 72 hours.

After facing pressure over the performance of Test and Protect in the last few weeks as Scotland records record numbers of positive Covid cases, Nicola Sturgeon has consistently pointed to the system being able to process 80% of cases within the 72-hour threshold.

On Friday, the First Minister told her coronavirus briefing that the system was “coping well” despite the surge in cases.

But a new report published by Public Health Scotland shows that in the week ending July 4, only 73.2% of cases created within the system were closed within the WHO timescale.

Revised statistics for the week ending June 27 show that almost 35% of cases took longer than 72 hours to close.

Scottish Conservative health spokesperson, Annie Wells, said that Test and Protect is “completely overwhelmed as a result of the recent surge in Covid cases”.

She added: “SNP ministers need to be upfront about their failings and admit they took their eye off the ball. A robust Test and Protect System remains a critical tool in fighting the virus, but the SNP Government have failed to ensure it has all the resources it needs.

“It is hugely concerning that we are now falling well below WHO standards to close 80% of cases within three days. That flies in the face of Nicola Sturgeon claiming that the system was coping well only a few days ago.

“That is all too typical of this SNP Government trying to continue to pretend everything is fine, rather than trying to address the serious problems the Test and Protect system is facing.

“As we look to ease restrictions in the coming weeks, SNP ministers cannot brush this under the carpet and simply hope people will be contacted quicker.

“They must use these figures as a wake-up call and urgently outline how they will guarantee Test and Protect will operate as effectively as it can.”

She added: “Test and Trace is in disarray and cases are spiralling.

“We cannot have the people of Scotland put in danger due to the failure of the SNP.

“The heroic efforts of our NHS and testing staff are being undermined by the incompetence of the SNP.

“It’s time the SNP faced up to the scale of their failure and took action to mitigate the damage they have already caused.”

The new statistics show that just 28% of people were interviewed within 24 hours of their positive case being logged, while 37% were forced to wait more than 48 hours.

Scottish Liberal Democrat leader Willie Rennie said: “Test and Protect has been engulfed by this latest wave of the virus. Its’ not meeting basic international standards.

“People have sacrificed a huge amount to buy the government time. This system should be able to withstand high case rates by now. Instead, some tracing activities have been turned off altogether and people are routinely waiting days for Test and Protect to show up.

“It’s evidence that SNP ministers once again just weren’t prepared and have lost control of the virus.”

He added: “The absences and self-isolations that caused chaos in some schools towards the end of term are now threatening to overwhelm other essential services from our hospitals to bin collections.

“We need to see Test and Protect reinforced, the vaccine rollout intensified and an end to the dithering around the current unsustainable self-isolation system which is proving a big challenge for key services and workers.”

A Scottish Government spokesperson said: “The Test and Protect system has continued to operate well as case numbers have increased in recent weeks. Given rising case numbers, the system has been contacting unprecedented numbers of people.

READ MORE: Coronavirus Scotland: Why are infections rising when 85 per cent of Scots have antibodies?

“As we announced last week, we are using a variety of methods to contact people, including using digital methods like SMS messages for lower risk cases and prioritising calls for higher risk cases.  These changes will ensure that people are contact traced, and begin isolation, as quickly as possible.

“The majority of people comply when asked to self-isolate and we are thankful for the important role they are continue to play in stopping transmission of Covid-19, the latest evidence form research suggest 74% of community based positive cases and their close contacts isolated entirely in line with the self-isolation guidance.

“Last week we reached the milestone of having more than 50% of the entire population fully vaccinated and our priority is to extend our successful vaccine rollout as quickly as possible as quickly as we can. All mainland health boards are also now offering offer drop-in vaccination clinics as the programme nears completion of first doses for all adults in Scotland.

“We will have to manage living with Covid-19 for some time to come, even when we are able to move beyond level 0. While we hope we are in the process of emerging from the pandemic, case rates at the moment underline the fact that this virus is still with us and we will consider all the evidence when the review the easing of restrictions.”