THE SCOTTISH Parliament must be recalled amid fears the third wave of coronavirus is “spinning out of control”, according to opposition parties.

Scottish Labour leader Anas Sarwar has urged MSPs tor return to Holyrood, claiming the government has lost its grip on the virus with Scotland’s rate of new cases now the highest of all four UK nations.

New Public Health Scotland figures have also shown levels of school pupils getting tested for the virus plummeting in the last two months, with as little as 0.8 per cent of pupils in one council area being tested every week.

And the Test and Protect system is said to be straining under the weight of the positive cases, with contact tracers taking longer to reach all those possibly affected.

The Scottish Government is now considering recruiting more contact tracers due to the surge in cases, as the system struggles to cope.

It comes as the Health Secretary Humza Yousaf has today urged everyone to get vaccinated in a promotional push for jabs.

Mr Sarwar has accused the SNP of being “too slow” in rolling out walk-in vaccination clinics for Scots, and along with a parliamentary recall he is also demanding that the length of time between jags be halved to four weeks.

He said: “Five weeks ago, before this recent spike took hold, Scottish Labour called for walk-in vaccination centres to become the norm – but ministers dawdled and now our exit from the pandemic rests on a knife edge.

“Right now we should be ramping up efforts to contain the virus, but instead the SNP cut corners on Test and Protect and let the vaccine roll-out stall.

“Parliament needs to be recalled urgently so Ministers can answer questions on this growing crisis.”

He said that the “clear route out” of the current surge in cases is “speeding up the vaccination effort”, adding: “By cutting the waiting time between first and second doses, we can get people protected faster and ensure our response to the pandemic is keeping pace with the crisis.

“The government cannot afford to take their eye off the ball.”

The latest ONS infection survey figures show Scotland has the highest Covid rates in the UK, with estimated levels in Scotland 73% higher than England, triple those in Wales and more than quadruple those in Northern Ireland.

Along with the rising number of positive cases, the level of testing for school pupils has plummeted, with the Scottish Conservatives calling for Scottish Government action on this too.

Last week saw the lowest uptake for testing among secondary school pupils since data first started to be collected.

The area with the lowest level of testing was North Lanarkshire, with just 0.8% of S4-6 pupils being tested at least once a week at the end of June compared to 6.3% on April 25.

The number of school staff taking Covid tests has also fallen from 43.4% in April to 23.2% by the end of June. 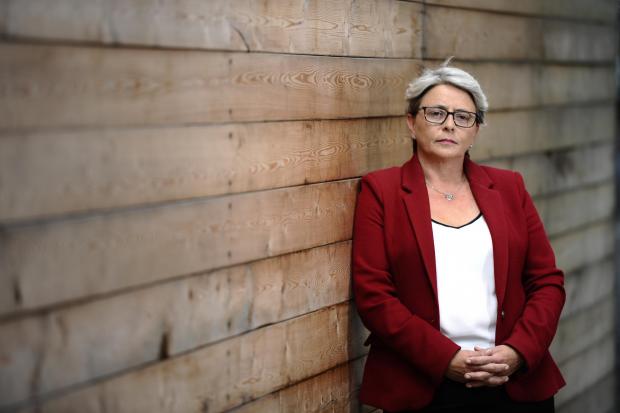 Scottish Conservative Shadow Health Secretary Annie Wells MSP said: “The SNP Government were repeatedly warned a third wave would be driven by the reopening of schools but these figures clearly show they did far too little to encourage pupils and staff to take regular tests.

“Alongside the sluggish response of Test and Protect, this is another example of how the SNP have taken their eye off the ball in this latest stage of the pandemic.

“Instead of tackling rising cases in our schools, they were more interested in banning travel to Manchester only to abandon the policy two weeks later.

“The SNP need get a grip of rising Covid cases and ensure that proper guidance and support is available to schools to encourage both pupils and staff to take up testing when they return in August.”

A spokesman for health secretary Humza Yousaf MSP accused Anas Sarwar of hypocrisy and said the parliament will be recalled on July 13 and August 3 virtually “to allow updates related to COVID-19 to be made in Parliament, and for MSPs to scrutinise the Scottish Government.”

He added: “There seems to be an element of hypocrisy in Labour’s statement – only last month Mr Sarwar was demanding restrictions were eased and now wants to recall Parliament with cases rising.

“The number of new cases is still a cause for concern and we are closely monitoring the situation.

“It was anticipated cases would rise as, with the agreement of Parliament, we moved out of lockdown restrictions and we are continuing to closely monitor hospitalisation data.”

The spokesman acknowledged the Delta variant was “helping to drive the steep rise in cases” as it is “significantly more transmissible”.

He continued: “From [today] all mainland health boards will offer drop-in coronavirus vaccination clinics as the programme nears completion of first doses for all adults in Scotland.

“JCVI advice on the gap between first and second doses is clear that eight weeks is optimal and reducing that below eight weeks would compromise the effectiveness of the vaccine and how long that effect lasts.”

The spokesman added that “constraints on supply” of vaccines and the fact Pfizer can only be given to younger people were affecting the rollout but the government was “progressing the final stages…as quickly as we can. ”

He said: “The number of infections and hospitalisation will be considered as part of the next review of restrictions in a couple of weeks and, as we work hard to get even more people vaccinated, we would ask everyone to continue to follow vital health advice on social distancing, wearing masks and washing their hands.

“At a time when we are facing a record high number of positive cases, our Test and Protect system has continued to operate well, meeting our closest proxy measure to the World Health Organisation criteria of closing 80% of close contacts within 72 hours.”