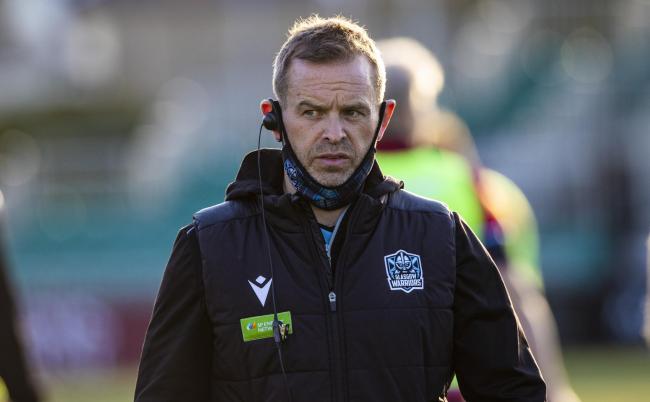 EDINBURGH and Glasgow Warriors will have only one Friday night match each during the first 10 rounds of the 2021-22 United Rugby Championship.

The fixture list for the competition was finally unveiled yesterday afternoon with the vast majority of games for both Scottish teams being scheduled on Saturday afternoons or evening. The match-days and kick-off times for the final eight rounds of the season have yet to be confirmed.

It didn’t take long for fans from both clubs to voice their disappointment on social media at the disruption to the long-established routine of starting the weekend with a rugby match, which leaves Saturday clear for other things.

At a time when participation levels in grassroots rugby are a major concern, putting the pro game in direct competition with domestic club matches is far from ideal.

The scheduling is almost certainly a consequence of Scotland being the only European nation involved in the tournament without a free-to-air television deal, meaning that there will not have been the same pressure from a broadcasting perspective to schedule Scottish games in prime slots.

Warriors will play their solitary Friday night match on the opening weekend of the campaign, when they head to Belfast to take on Ulster on Friday 24th September, while Edinburgh will host the Scarlets at Murrayfield the following day.

Edinburgh’s one and only Friday night match is at least at home, against Italian side Benetton on 3rd December.

“I think it is a complex situation this year with everything that is going on,” said Warriors head coach Danny Wilson, after the schedule was published. “We certainly requested Friday night fixtures – that is my understanding – and I think there is ongoing negotiations for the second block of home games.

“The bigger picture is that being back playing rugby in front of crowds at Scotstoun will be brilliant whenever that is – but, yeah, in an ideal world a few more Friday fixtures would be good.

“Ulster away is a tough first fixture but an exciting challenge,” he added. “We finished last season by beating Leinster – albeit at home – and this will be another tough one because we expect them to be fully-loaded in front of their own crowd.”

In an attempt to fit into the latest travel conditions across the URC’s competing territories, the South African teams which have been added to the competition this season will complete four-week tours of Europe at the start of the campaign, with the Cell C Sharks visiting Scotstoun to take on the Warriors in round two on Saturday 2nd October.

The following weekend, the Emirates Lions will face the Warriors at Scotstoun, while Edinburgh will host the DHL Stormers on the same day [Saturday 9th October], and the week after that Edinburgh take on the Vodacom Bulls, meaning that all four of the South African sides will visit Scotland during the first four weeks of the season.

The 1872 Cup will return to being a two-legged affair with both matches played in the traditional festive slot, on Monday 26th January at Scotstoun and on Sunday 2nd January at Murrayfield.

“We’ve got a brand-new stadium, so hopefully we’re going to get a really big, noisy crowd in there to get behind the boys. It’ll be good to start with a home game, against a good opponent like the Scarlets, and try and kick-off the campaign well.

“The prospect of facing the Stormers and Bulls at the ERS [Edinburgh Rugbyon back-to-back weekends is also really exciting for both the club and our supporters.

“It’s two new teams and they’ll bring a different brand of rugby. There’ll be players we don’t know so well, and we’ll have to do our homework on them.

“But to get them back-to-back is brilliant and it’ll be an opportunity for the crowd to see some new players, but also for us to hopefully entertain.

“We’re now really starting to build momentum for the that first home clash. Preparations having been going really well for the new season and we can’t wait to kick-off the URC in our new home with the backing of our supporters.”

As part of the URC’s commitment to avoid clashing with international weekends, the original date of round six has been moved to the final week in November which ensures every round of the tournament is played on a standalone weekend.

In the new format for this enlarged and rebranded competition, all 16 teams will be ranked across a single table which will reward the top eight teams with their places in an expanded Final Series that includes a full quarter-final stage, followed by semi-finals before the best two teams meet in the URC Grand Final in June.