The Leicester City stopper faced up to the spot-kick but a green light could be seen being shone on his face before it was taken – and kept out – before Kane fired home the rebound.

UEFA have now opened proceedings and will investigate the issue.

It is also understood that the governing body for Euro 2020 will also look into the booing of the Danish national anthem ahead of kick-off inside Wembley before England’s 2-1 win in extra-time. 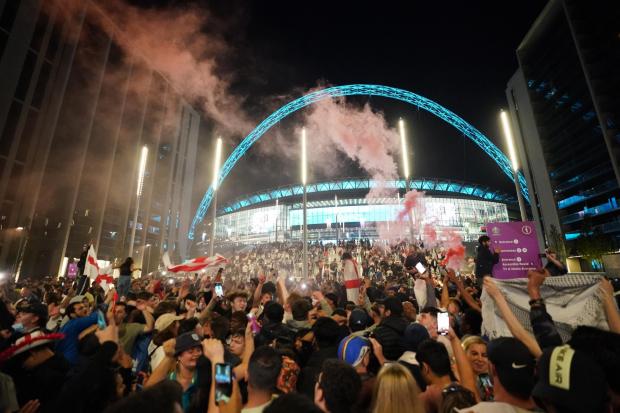 They are also probing fireworks going off inside the stadium during the match.

Mikkel Damsgaard netted the opener for Denmark with a stunning free-kick before a Simon Kjaer own goal levelled things up.

The English dominated but were awarded a controversial penalty when Raheem Sterling went down inside the box, though it didn’t look as if there was any contact on the Manchester City winger.

Kane’s winner sets the Three Lions on a collision course with Italy in Sunday’s final.