Evia fires: Battle against wildfire continues after the Greece’s worst heatwave in decades. 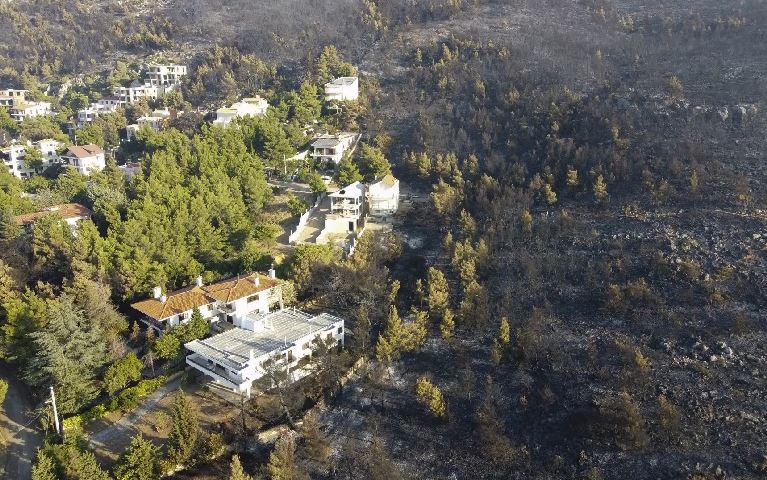 Hundreds of firefighters, backed by planes, helicopters and reinforcements from other countries, battled massive wildfires that continued burning in Greece on Sunday, fuelled by bone-dry conditions after the country’s worst heatwave in decades.

Authorities dedicated the most resources to tackling four major blazes – one, on Greece’s second-largest island of Evia, that has burned for five days, cutting across the island from coast to coast and isolating its northern part; and three in the southern Peloponnese region.

If this doesn’t convince you of the urgency to achieve carbon neutrality by 2030, nothing will.

We can’t afford to wait until 2050.pic.twitter.com/vwipCawdsl

Authorities urged the residents of four villages in north Evia to evacuate.

On Friday night, more than 1,000 people were evacuated from the island by sea as flames raged on the hillsides behind them, cutting off other means of escape.
Local officials and residents in north Evia called in television news programmes on Saturday, appealing for more firefighters and water-dropping planes as the fire that broke out Tuesday afternoon raced north towards villages. The blaze has obliterated vast swathes of forest and burned scores of homes on the island of rugged mountains popular with holidaymakers and campers.

The fire department said 575 firefighters with 35 ground teams and 89 vehicles were battling the Evia wildfire, including 112 Romanian and 100 Ukrainian firefighters sent to Greece as reinforcements. Four helicopters and three planes, including a massive Beriev-200 plane leased from Russia, provided air support.

Ten countries have already sent personnel and firefighters equipment such as aircraft to Greece, while another eight are sending further reinforcements.

British firefighters are expected to land in Greece on Sunday to help battle deadly wildfires ravaging parts of the country.

The 21-strong team was put together within 24 hours of the initial request by Home Secretary Priti Patel, who visited Greece this week.

He later visited the airport from which firefighting planes take off and thanked the pilots, both Greek and French.

Securing aid for everyone affected by the wildfires will be “my first political priority”, he pledged, promising that all burnt areas will be reforested.

“When this nightmarish summer has passed, we will turn all our attention to repairing the damage as fast as possible, and in restoring our natural environment again,” Mr Mitsotakis said.

Greek and European officials have blamed climate change for the large number of fires that burned through southern Europe in recent days, from Italy to the Balkans, Greece and Turkey.