IT was just hours away from being condemned as a place which would lay claim to be being a historic site of Scotland’s sporting past.

With a tarpaulin over the roof of Hampden Bowling Club and the gates padlocked, its future looked bleak.

However, the historic site where the first Scotland international was played nearly 150 years ago has staged a comeback as epic as some of the national side’s last few minute winners, following 11th hour negotiations.

A special meeting was convened by Hampden Bowling Club on Sunday afternoon to decide its future. Not only has it been able to get a committee together, it was also approached by Queen’s Park FC with an offer to work together.

The club sits on what was the original Hampden Park which was home to the national side from 1873 to 1884 and also where Queen’s Park once played and can be credited as the birthplace of the modern passing game.

However, the committee was standing down and they were looking for at least five members to step up and take on committee roles to move the club forward.

Stepping up is Ian Lewis who takes over as president at a time when there is a hefty repair bill for a leaking roof with previous estimates suggesting it might need as much as £150,000 to complete repairs. 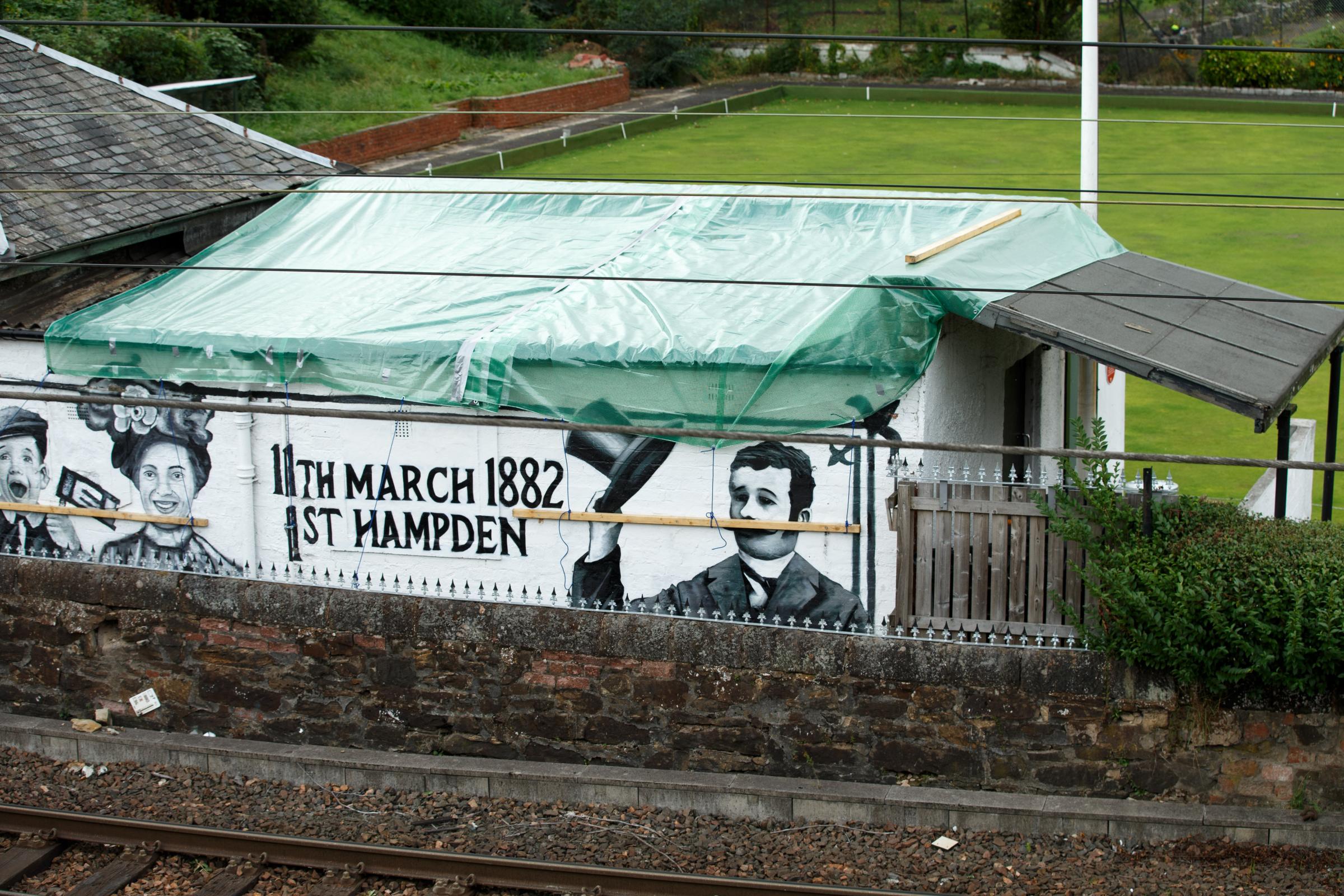 Mr Lewis said: “I’ve been involved in the sport since 1974 and have seen the days when there has been 15 year waiting lists just to get into bowling clubs. However, I have watched it get to the point where some clubs are close to tipping point.

“I gave it a lot of thought, as it is a big job, but I felt it was the right time to take it on and to move forward. We have got a bit of a momentum going just now and a committee has been voted in so we are a viable organisation. We now have to look at how the club survives.”

Along with running the club, also comes the added responsibility of the site’s historic past. Had the club not been able to form a committee, the lease would have been terminated and it risked reverting back to owners City Property, an arms-length council organisation.

Hampden Bowling Club are now looking to the future

Mr Lewis added: “I am confident that we can move forward and we have got lot of community support behind us as well. One of the first things we need to do is look at getting a structural engineer’s report and estimates for work required. The tarpaulin on the roof just now is not even on the original part of the building and that is quite delicate.

“Any work that is needed is very involved as we are so close to the railway line and that brings its own issues. With it being the close season just now, it allows us to use our time as best we can.

“It is only fairly recently that the connection was made with the first Hampden site and it does make us unique in the world of bowling that we have this link which we are very proud of.”

And within hours of The Herald’s story on the fears for the future of the club appearing in Saturday’s paper, interest was shown by bosses at nearby Queen’s Park and an approach was made.

Mr Lewis added: “All we can say at the moment is that Queen’s Park have been in contact and want to be part of the future of the club, its site and its history. It is an exciting and positive start.”

Leann Dempster, chief executive of Queen’s Park FC, said she got in touch with the bowling club after reading The Herald’s piece on at the weekend as the club’s future hung in the balance.

She confirmed they have made an approach to Hampden Bowling Club and will explore ways they could work together in partnership. An initial meeting is due to be held later this week.

Ms Dempster said: “We have made an approach to see what we can explore and look at what we might be able to do in the short term as well as looking to the future.

“It did strike a chord with is that just about every town and village up and down the country has got a bowling club and how they are at the centre of the community. There is also the history attached to this site and its links with Queen’s Park that make it important.”