SCOTLAND’s lifeline island ferry network is suffering a new wave of disruption and cancellations – after it emerged one of its ageing fleet of vessels has been put out of action for at least eight days.

Ferries across the taxpayer-owned CalMac lifeline vessel network have had to be re-organised with a host of sailings cancelled to try and cover for the loss of 21-year-old MV Hebrides which is not expected to be resolved for over a week.

MV Hebrides, which can carry 612 passengers and 90 cars was due to be replaced by a new ship, one of two dual-fuel vessels at the centre of a ferry-building fiasco that are languishing in Ferguson Marine shipyard in Port Glasgow on the Clyde.

It comes as further disruption emerged with the 38-year-old MV Isle of Arran taken out of service after a crew member tested positive for Covid-19. 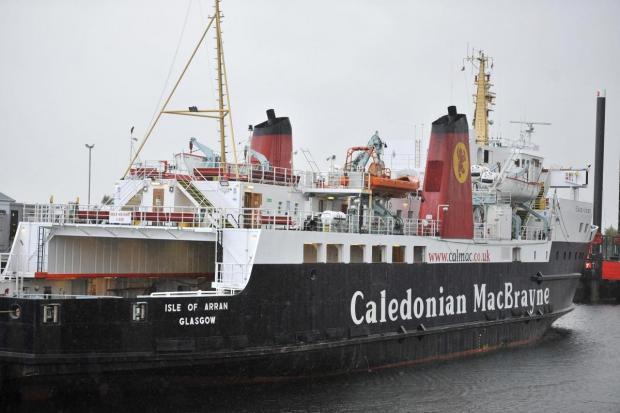 There has also been further disruption on services to Mull since Thursday because of problems with staff availability after another crew member tested positive for Covid-19 on the 33-year-old MV Isle of Mull. It is understood to be back in service – but CalMac have given continuing warnings of disruptions and cancellations.

The loss of MV Isle of Arran meant cancellations on one of Scotland’s busiest crossings – Ardrossan to Brodick.

Problems with an oil leak on the shaft seals on MV Hebrides, which serves the Uig to Tarbert and Lochmaddy route, were discovered over the weekend and repairs began on Friday. At the time it was thought to be a problem with the exhaust.

On Tuesday it is due to go to dry dock in Birkenhead and is due to be out of service until September 9. CalMac has warned that this date is liable to change.

Twenty-three-year-old MV Clansman has been shifted to help with sailings lost in the Hebrides area from Tuesday morning (August 30) – leading to cancellations of sailings on its usual Oban to Colonsay and Barra routes for the next week. Sailings between Coll, Tiree and Barra will also be cancelled on Wednesday, CalMac said.

READ MORE: Islanders’ fury over Scots ferry travel ‘lottery’ with no space for cars for more than three weeks on one route

And the 32-year-old MV Lord of the Isles, one of the biggest and oldest vessels in the CalMac fleet has been tasked with taken up some of the slack on the Oban to Colonsay crossing.

Passengers that use the Mallaig to Armadale ferry were told that they will be rebooked onto alternative sailings.

CalMac later said that as a result of MV Hebrides being withdrawn from service and vessel redeployment, there is disruption on one of Scotland’s busiest services, Oban to Craignure on the Isle of Mull.

They advised there may be longer queues and waiting times at Lochaline and Fishnish.

In the midst of the disruption concerned passengers complained at being unable to get through to CalMac’s customer relations team – saying that they were kept on hold before being cut off. One said that she had spent 50 mins on hold to get to the head of the queue before “I got hung up on”.

CalMac customers were told: “We recognise that reducing any service can be very challenging for our customers and the communities we serve, and apologise for the disruption this may cause.”

It comes after a summer of issues with breakdowns involving Scotland’s ageing ferry fleet.

The breakdown in April of Scotland’s biggest publicly-run ferry MV Loch Seaforth, which operates on the Stornoway to Ullapool route, caused similar disruption across the islands network for seven weeks. 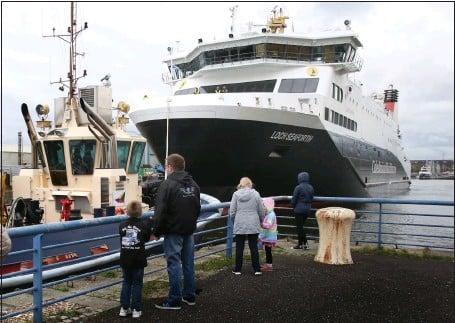 Islanders from Arran to Islay have lodged complaints to ministers about disruption and cancellations to services as the ageing Scottish ferry fleet falters.

While industry experts agree the working life of the ferries is 25 years, 14 of the 33-strong ferry fleet run is older than that, with eight past their 30th birthday.

Joe Reade, chairman of Mull and Iona ferry committee said: “It’s another example of an overstretched and inflexible fleet failing to do what is asked of it. Another unscheduled dry-docking in a year when the catalogue of breakdowns has been record-breaking.

“Just when the islands are trying to trade their way out of the effects of Covid, the ferry system is letting us down.

“The Hebrides breakdown is not so much a demonstration of an old knackered ferry, but a poor ferry strategy that delivers ever larger vessels that provide an increasingly fragile service.

The problem has two facets – the first and most obvious is of course that so many vessels are past their use-by date, and breakdowns are becoming more common.

“But the Hebrides that is broken now is only 20 years old, and the Loch Seaforth that was out of action for so long earlier in the summer is only seven years old.

“Breakdowns can and do happen, even in the youngest and best maintained vessels.

“But what this particular breakdown illustrates is the second facet – the fleet is dominated by a small number of large vessels, which brings inherent inflexibility, lack of redundancy and poor reliability.

“The Hebrides operates services from Uig on Skye to both North Uist and Harris – ie one big boat is being used to operate two services.

“She is due to be replaced by hull 802, which follows the same model – one big boat, rather than a larger number of smaller ferries.”

Finlay MacRae, CalMac’s head of operations, said: “Unfortunately, MV Hebrides has to be taken out of service for urgent repairs. Our priority during this time is to ensure that services continue to operate, but this does mean that some services will be cancelled, and some vessels will be redeployed onto other routes. This will have an impact on several sailings.

“We are very conscious that services are very busy and are working with affected customers to address their travel requirements.

“We apologise for any inconvenience that these changes will create for our customers, and greatly appreciate the patience and understanding of service users in this most recent disruption.”

CalMac has also appealed to passengers to comply with regulations and wear face coverings when travelling on ferries.

They say that when staff member tests positive, close contacts also must be withdrawn from service until a negative test is returned. They say this is in line with government rules on isolation.

Every case identified on board a ferry also results in that vessel having to be removed to undergo a deep clean by a specialist cleaning company.