A LIFELINE service to a Scottish island was suspended yesterday after another of Scotland’s ageing ferries broke down, while another has remained out of service for a sixth day hitting a CalMac-backed Hebridean festival.

Services were halted on the CalMac route Colintraive in the Scottish Highlands to Rhubodach on the Isle of Bute in the early hours of yesterday (Thursday) morning, after problems with the rear main engine of 30-year-old MV Loch Dunvegan.

Engineers were brought in to assist further with investigations and repairs.

A relief ferry the 35-year-old MV Loch Linnhe, was brought in in the afternoon to try and support the latest in a series of ferry breakdowns that have hit the islands. It can only carry a third of the number of cars that the stricken vessel can.

Within the couple of hours there were further sailing cancellations due to “crew rest requirements”.

Revellers headed for a Hebridean music festival on Colonsay part-sponsored by state-controlled CalMac which officially started yesterday were hit as another lifeline ferry remained out of action.

The issues over one of the oldest vessels in the CalMac fleet MV Hebridean Isles has hit services to Colonsay and Islay.

After repairs and sea trials, it was discovered on Wednesday that the issue with the 36-year-old vessel’s hull requires further investigations therefore it remained sidelined – meaning the only service to Colonsay was cancelled.

Hebridean Isles is going to dry dock at Garvel in Greenock to investigate the hull issue. MV Finlaggan, the other vessel running the routes has run an amended timetable to and from Islay.

Some performers and visitors due to take part in the Ceòl Cholasa music festival on Colonsay raised their concerns over being able to reach the traditional folk event which is now in its 13th year and runs till Sunday.

One festival goer Hughie McNeill said on Wednesday night: “Because of a ferry cancellation, I have missed the start of Ceol Cholasa on the Isle of Colonsay. Instead, I treated myself to a virtual ticket for the Johnny Longstaff show. Superb!”

Guitarist Caitlin McNeill told CalMac on social media on Tuesday night: “Extremely disappointed to hear that the day the majority of punters and all of our sound gear arrives for the music festival, have elected to cancel our sailing. Once again Colonsay is bottom of the heap.

“It might seem like a small scale event to some but the music festival is a huge economic, social and cultural event for our island. A lifeline service is still a lifeline service even if it serves fewer lives.”

Organisers of the event which describes itself as the “best wee fest in the west” said amidst the ferry disruption it would go ahead as planned.

They said: “We are so chuffed to be able to say that. It’s been a tough old time for many, and especially so for those in the performing arts. So to have our wee hall, full of punters, enjoying the very best the traditional music world has to offer, will bring a whole flood of emotions.

Finlay MacRae, head of operations for CalMac, said: “We know how much island businesses rely on our services and I apologise for any disruption caused on Islay with the loss of MV Hebridean Isles. CalMac staff have been working closely with them this week to make sure that essential services are moved on and off the island.”

The state-owned ferry operator confirmed that it had to redeploy MV Isle of Mull from the Oban to Craignure route, one of Scotland’s busiest routes on Monday to Islay – leading to further cancellations.

Services to Islay and Colonsay were reduced initially to just one vessel as repairs were sought just nine days after Hebridean Isles was laid up due to a technical issue with its port main engine.

It is the latest in a summer of issues with breakdowns and Covid issues involving Scotland’s ageing ferry fleet.

Transport minister Graeme Dey said attempts were being made to ease the ferry crisis by purchasing another ferry. 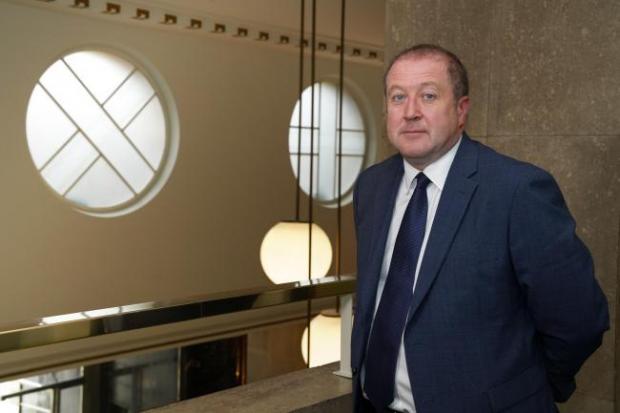 Last week, another ferry brought in to help support Scotland’s beleaguered lifeline network was put out of action the day after it was chartered.

The 40-passenger catamaran MV Larven, normally operated by Western Isles Cruises was brought in by the state-controlled ferry operator as further disruption hit services to and from the so-called Small Isles including Eigg, Muck, Rum and Canna.

Islanders from Arran to Islay have lodged complaints to ministers about disruption and cancellations to services as the ageing Scottish ferry fleet falters.

While industry experts agree the working life of the ferries is 25 years, 14 of the 33-strong ferry fleet run is older than that, with eight, including Hebridean Isles, past their 30th birthday.

Ferguson Marine which runs the last remaining shipyard on the lower Clyde was nationalised after it financially collapsed in August 2019, amid soaring costs and delays to the construction of two lifeline island ferries.

The delivery of new island ferries MV Glen Sannox and Hull 802, which were due online in the first half of 2018, was found to be between four and five years late, with costs doubling to over £200m.