FROM engineering to fishing, housebuilding to bread-making, core businesses that supply this country and others with essential foods and goods have outlined in detail the scale of the shortages crisis, and in a manner that has not been seen before.

Business leaders are not acting in the sphere of normal political lobbying, they are getting together in an unprecedented way to present a collective picture to the UK Government, and industries at opposite ends of the spectrum are putting forward the same kind of evidence.

It is not doublespeak, worthless rhetoric or misinformation, it is there in black and white in the bottom line. Availability of raw materials and other supplies is diminishing, as is the means to transport them.

Most worryingly, at the centre of it all is the lack of workers.

Precisely when the burgeoning shortage crisis will crescendo is unclear.

It’s not teething problems. It’s not getting better, it’s getting worse, and the UK has only a fraction of its planned border checks in place, with more due in October and again in the new year.

For consumers, the pressures continue to mount, costs are rising and choice shrinking. In business, more smaller operators will quietly quit enterprise, most likely going unrecorded, showing only as a slight dimming in the firmament.

“This is the worst labour shortage situation in memory,” said David Thomson of the Food and Drink Federation Scotland, as he and others write to Westminster and Holyrood calling for action.

Another signatory, James Withers, of Scotland Food & Drink, said: “Whether it is supermarkets and restaurants or care homes and hospitals, government must not underestimate the risk of inaction.” 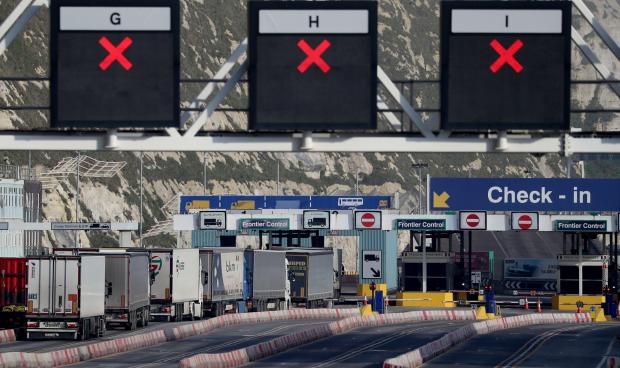 Together, they wrote: “FDF Scotland and our industry partners in the Scotland Food & Drink Partnership and beyond have consulted widely with Scottish businesses on the issues.

“In our recent survey of 88 Scottish businesses 93% of them currently had job vacancies, 90% of them described their job vacancies as hard to fill, and 97% of them felt that they would struggle to fill vacancies in the future.

“The reported jobs that were hard to fill cover all parts of the business and all wage ranges, with particularly difficult areas being in engineering and production operation. The geography affected covers the whole of Scotland.

“These grim statistics back up the many reports across the Scottish food and drink industry, which tell of reduced production, reduced growth and ambition and failure to fulfil orders for customers and consumers.”

The British Meat Processors Association said that the “widening gaps on supermarket shelves and the promise of shortages of Christmas favourites like turkey and pigs-in-blankets have exposed a major flaw in the Government’s handling of the ongoing UK labour crisis”.

Now is the time to respond to the calls for potential fixes like temporary visas.

“Anyone looking at what is in front of them without red, white and blue blinkers is surely only too aware of the worsening staff shortages and supply-chain troubles facing the UK,” he opines. “Amid the ideological quagmire in which the UK finds itself because of the Brexit folly and the Johnson administration’s populist, patriotic tub-thumping, it seems at times as if the inevitable ramifications of shortages of labour, skills and goods have not dawned on many even by now.”

Elsewhere, business correspondent Kristy Dorsey investigates the point under scrutiny in the debate surrounding the triple-lock on state pensions, which the UK Government has suggested could be unhinged to avoid a record increase in pay-outs come next year.

She says: “It’s all a matter of ‘fairness’, the Chancellor has said, but the question is who determines what is equitable, and how that conclusion is reached.”

Battered by headwinds including the pandemic, Brexit, and Donald Trump’s tariffs, a glass is finally raised for better fortunes to come for the national drink.

However, deputy business editor Scott Wright reveals why whisky’s recovery has only just begun in its most lucrative market in his Thursday column.

“After a bruising spell for Scotch whisky in the international arena, some green shoots of recovery are beginning to emerge,” he writes, but “figures lay bare the extent of the fall-out”.