AROUND 500 jobs will go at the organisation which runs Glasgow’s culture and leisure services.

Glasgow Life was severely hit during the pandemic and lost £38million last year with its estimated revenue for 20/21 just £6.4m.

The organisation confirmed that staff numbers will be cut back by 500 over a period of time.

Jobs will go over the next five years and will be through methods such as early retirement and voluntary redundancy.

An agreed funding deal through Glasgow City Council will see the arms-length organisation receive a guaranteed £100m over the next four years which will allow to reopen 90 of its 171 venues. 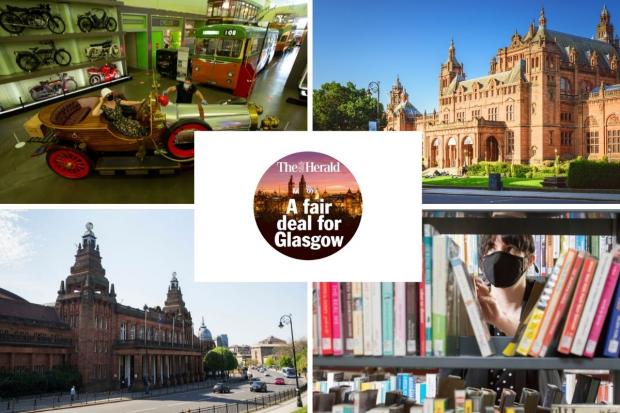 Without further funding no more venues can reopen.

The jobs announcement comes as The Herald launched a campaign, A Fair Deal for Glasgow, calling on both Scottish and UK governments to support a new funding deal for culture and leisure in the city.

We are also calling for the city’s venues and collections to be recognised as being of national significance and receive appropriate funding.

Gallery of Modern Art in Glasgow is run by Glasgow Life

A spokesman for Glasgow Life said: “Glasgow Life’s current policy is for no compulsory redundancies and staff have a guarantee of a job at the same grade within the Council family. While our overall headcount will reduce by an estimated 500 over time this is being managed using targeted early retirement and voluntary redundancy and careful vacancy management as people leave to pursue new career opportunities. This reduction is not being delivered through venues without re-opening dates. Staff may also be offered redeployment opportunities and will be supported with appropriate training if they move to a new role.”

Read more: More than half a billion pounds earned through nation’s cultural powerhouse

They added the cost saving strategy is a vital part of the process of recovery Glasgow Life has been forced to undertake by the global pandemic while it is being supported by Glasgow City Council through its £100 million funding guarantee for the next five years.

The spokesman added: “Glasgow Life will be a very different organisation at the end of this period and we are asking staff for flexibility during this process and are regularly updating them through internal communications and briefings from their managers; and unions are also regularly updated.

“In May, Glasgow City Council passed a motion resolving that all Glasgow Life venues should reopen as soon as funding and Scottish Government guidance allows. Glasgow Life’s ability to open more venues is entirely dependent on more funding becoming available. However, it’s unrealistic to expect that it can raise significant additional income this year that will support the reopening of venues beyond the 91 already announced.”