IN two year’s time Glasgow will once again become European City of Sport. It’s the only city to be given the accolade twice following on from Glasgow earning the title in 2003.

Since then, Glasgow has played host to the Commonwealth Games and major national and international championships have been held at venues across the city such as the flagship Emirates and Arena and Tollcross International Swimming Centre.

Falling under the umbrella of charitable trust Glasgow Life, which runs culture and leisure services in the city on behalf of the council, it is sport which has played a part in driving the city’s ambitions forward.

In the last decade there has hardly been a year when the city hasn’t hosted a major World or European event.

With the 2014 Commonwealth Games giving the city a taste for international sporting events, since then it has hosted events including the 2015 FIG World Artistic Gymnastics Championships; 2015 IPC Swimming World Championships; 2019 European Athletics Indoor Championships, and UEFA Euro 2020.

Read more: Does Glasgow have too many museums – what do you think?

Each event brings with it a vast economic impact and a clear legacy programme with the 2015 FIG World Artistic Gymnastics Championships were hailed by Bruno Gandi, then the president of the sport’s global governing body, as “even better than the Olympic Games”. It attracted 80,000 spectators to the city, and generated an economic impact of £4.9million for Glasgow.

And while Glasgow might be on the world sporting stage now, it has been a journey of transformation.

Fireworks go off from the roof of Hampden stadium during the closing ceremony to mark the end of the Glasgow 2014 Commonwealth Games seen by a global audience.

Julie Pearson, Glasgow Life’s Head of Events, said: “There is no doubt our city is globally-recognised as a world-class sporting city, and it’s a reputation which has been well-earned. Since the late 1980s, the city has benefitted from a consistent strategy which is based on partnership working with the various governmental administrations and partners we have worked with both locally and nationally.

“When the challenges of de-industrialisation and de-population became clear in Glasgow towards the end of the 20th century, the city made a concerted effort to invest in culture and leisure, making events one of the key pillars of our regeneration. This started with the Glasgow Garden Festival in 1988, and the European Capital of Culture title in 1990, and hasn’t stopped since.

“In 2003, Glasgow was awarded the title of European Capital of Sport, the first city in the UK to win such an accolade. Twenty years later, in 2023, we’ll take up the title again: the only city to have won the title twice. In Glasgow, we don’t sit comfortably in our success. We continually strive for more and to be better and, given the right opportunities, we can be.”

Glasgow is the only city in the world capable of hosting all Olympic cycling disciplines within the city boundaries: road on the city’s streets, track in the Sir Chris Hoy Velodrome, mountain biking at Cathkin Braes, and BMX at the Glasgow BMX Centre. And in 2023 venues across Scotland will host the first-ever UCI Cycling World Championships.

Since the late 1980s, more than £300million has been invested into the city’s sporting facilities, and just under £200million of that in the last 20 years alone. In 2019/20 events managed, supported or delivered by Glasgow Life achieved attendances of over 555,000 and generated an estimated economic benefit for Glasgow of £26.5m.

This has included the construction of the Emirates Arena and Sir Chris Hoy Velodrome, the Glasgow BMX Centre, and the refurbishment of Kelvin Hall and Tollcross International Swimming Centre. Many of the athletes who competed in the Tokyo 2020 Olympics and Paralympics train in these venues every day, including Laura Muir, Katie Archibald, Neah Evans, Andrew Mullen, Kirsty Gilmour, and Louis Lawlor.

Ms Pearson added: “Every sporting facility in the city is built for the people of Glasgow and is ready for legacy mode. The Olympic-size pool in Tollcross, for example, is used every single day by members of the public. The track in the Sir Chris Hoy Velodrome is open for everyone from beginners to experienced riders of all ages.

“We make it very clear that these state-of-the-art facilities are owned by the people, who lend them to major events.”

While some venues run by Glasgow Life have been able to reopen their doors following the pandemic, many more have not. 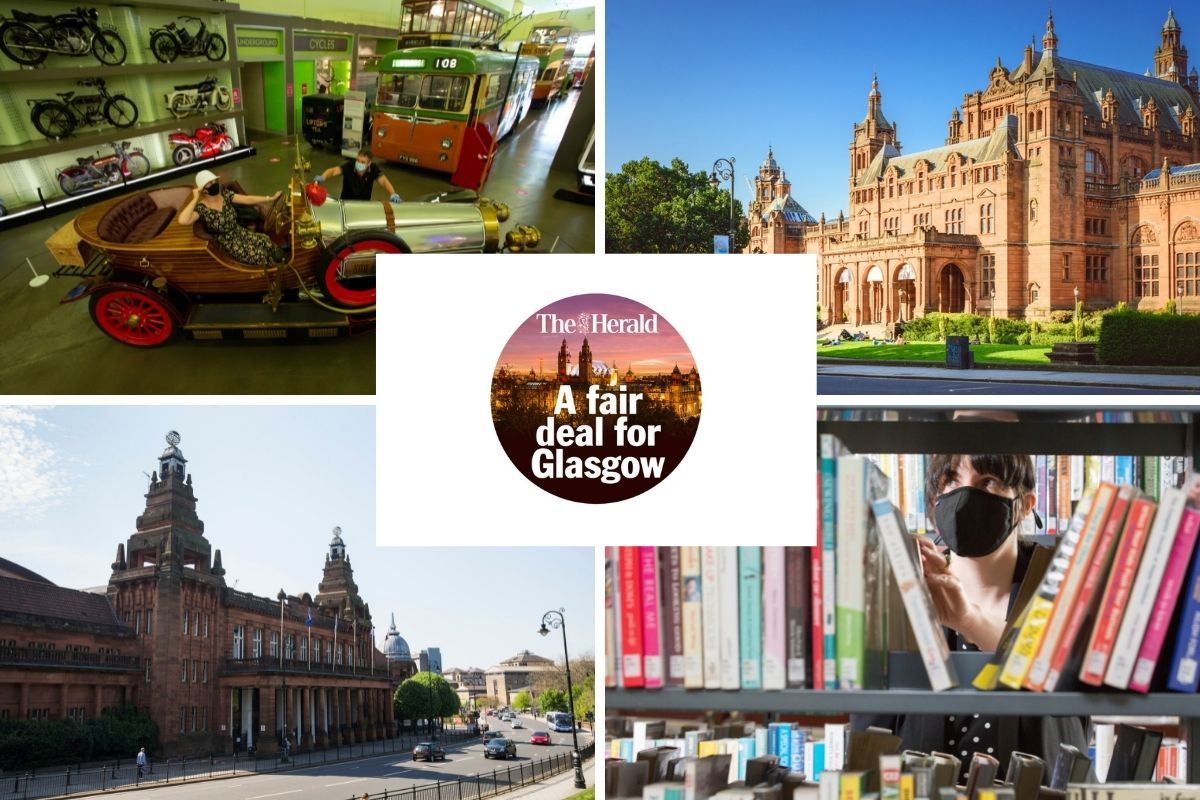 The Herald has launched A Fair Deal For Glasgow campaign, calling for the city’s venues and treasures to be funded appropriately and for both the Scottish and UK governments to come together to deliver a new funding plan for the city’s culture and leisure services.

It was prompted by figures that showed the crippling impact the pandemic has had on the council’s arms-length organisation, which runs the city’s culture and leisure.

An agreed council funding deal will see Glasgow Life receive a guaranteed £100m for the next four years to open 90 out of its 171 venues. Without further funding, they say they cannot reopen any more venues. Around 500 jobs will go at the organisation over a five year period.