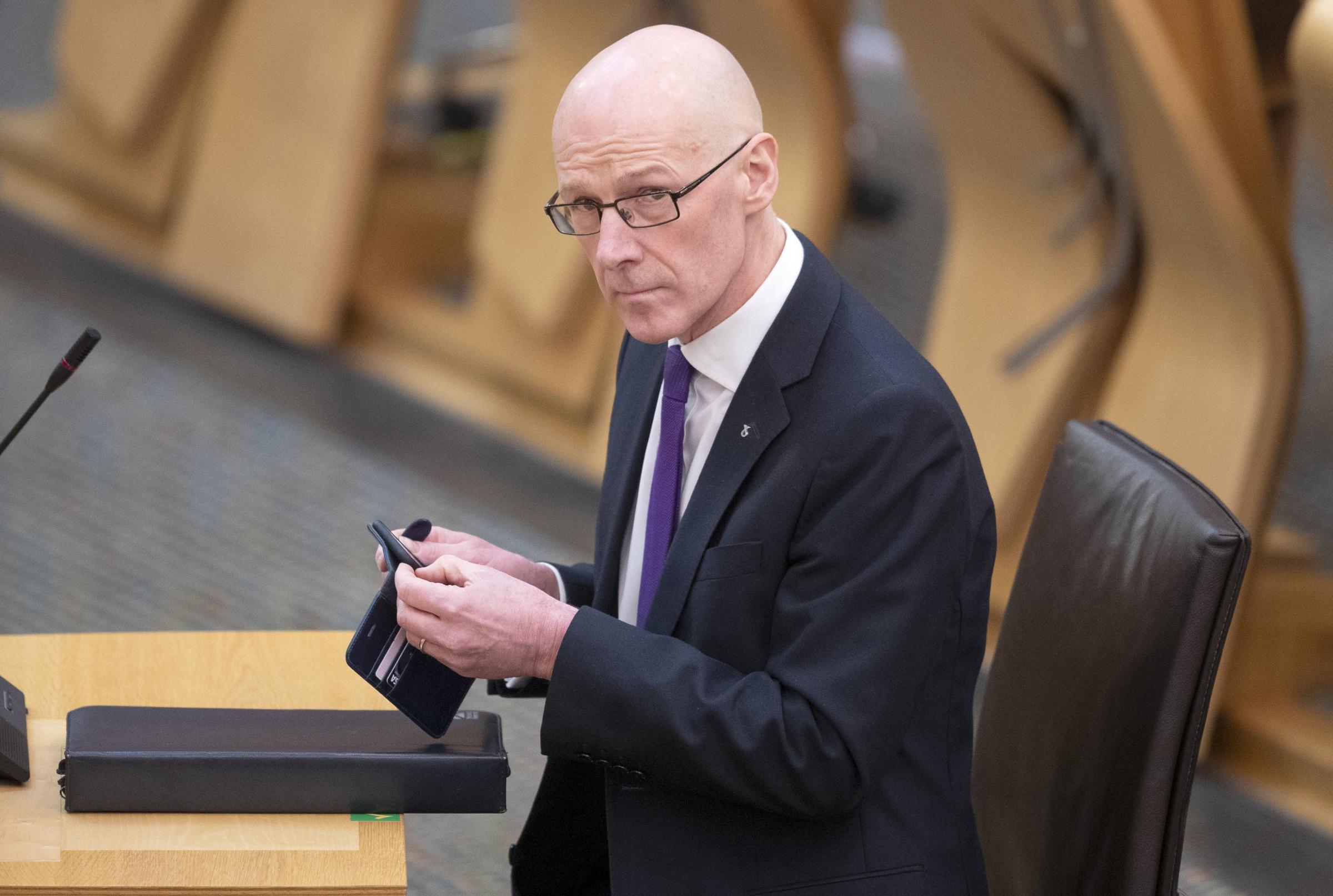 THE SNP Government has been accused of politicising the legal standoff with the UK Government over two challenged pieces of Holyrood legislation “from the very beginning”.

The United Nations Convention on the Rights of the Child (Incorporation) (Scotland) Bill sought to enshrine the protections on children’s rights into Scots law, while a similar piece of legislation – also passed unanimously by MSPs – was brought in to incorporate the European Charter of Local Self-Government.

But in ruling parts of the legislation sit outside Holyrood’s competence, Supreme Court justices insisted they did not take issue with the Scottish Parliament’s decision to incorporate these sets of standards – but that the manner in which the Bills had sought to do this “breaches the limitations imposed on the legislative competence of the Scottish Parliament by the Scotland Act”.

Addressing MSPs in Holyrood, Deputy First Minister John Swinney, stressed that in approving the legislation to incorporate children’s rights unanimously, MSPs issued a “shared sense of purpose” over “how we support our children in Scotland”.

He added: “While we fully respect the court’s judgement and will abide by the ruling, we cannot help but be bitterly disappointed.

“It makes plain that we are constitutionally prohibited from enacting legislation that this parliament unanimously decided was necessary to enhance and fully protect the rights of our children.”

Pointing to the legislation to incorporate the European Charter of Local Self-Government, Mr Swinney set out the hopes of the law including to “further strengthen the relationship” between local and central government, adding that “the judgement will make these aims more difficult to achieve”.

The Deputy First Minister claimed that the judgement by the Supreme Court “exposes the devolved settlement is even more limited than we all, and indeed the Scottish Parliament itself, had understood”.

He said: “The Supreme Court has therefore illustrated the incoherence of the powers of the Scottish Parliament within the current devolved settlement and under the current UK constitutional arrangements, tied to the continued claim of unlimited sovereignty by the parliament at Westminster.

“Some have said that the Scottish parliament is the most powerful devolved legislature in the world.

“On the day that the Supreme Court has confirmed boundaries on our ability to protect our children, I regret to say that it certainly does not feel anything like that.”

Scottish Conservative constitution spokesperson, Donald Cameron, stressed the issue “was always a legal question”, adding it “was never about the substance of the policy”.

He added: “We warned that parts of the bill would be legally problematic. “To their shame, the SNP did not listen and instead politicised this from the very beginning.”

Mr Cameron pointed to a previous statement by the Deputy First Minister in which he “characterised the UK Government’s approach as menacing”, and highlighted Nicola Sturgeon calling the stance “morally repugnant”.

He added: “The political posturing has been comprehensively demolished by the definitive judgement of the Supreme Court today.”

Mr Cameron said the judgement was “unrelenting of its criticism of the Scottish Government approach”, accusing ministers of having “deliberately exceeded the legislative competence of the Scottish Parliament”.

In highlighting the Scottish Government’s reaction to the defeat, he said: “They make it about nationalism and their obsession with independence.”

The Deputy First Minister stressed that the legislation “was supported by every single member in this parliament, claiming that the Sottish Conservatives now opposing a bill they initially supported was “absolutely ridiculous”.