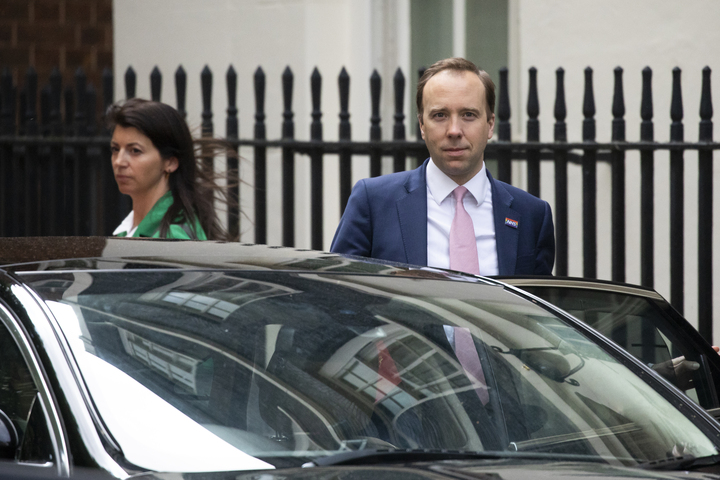 Matt Hancock has been urged to resign after it was reported he has been having an affair with his senior aide.

The Health Secretary is alleged to be having a tryst with Gina Coladangelo, his adviser who was employed six months ago using taxpayer cash.

Politicians have accused the senior minister of hypocrisy after he criticised former scientific adviser Professor Neil Ferguson last year when it was revealed he had been arranging meetings with his lover during lockdown.

Mr Hancock is reported to have been seen in a romantic embrace with Ms Coladangelo several times in his government department HQ, with CCTV images of the pair kissing leaked to The Sun newspaper and published today.

At the time of Prof Ferguson’s scandal, Mr Hancock said he had been left “speechless”.

“I think the social distancing rules are very important and people should follow them.”

The Liberal Democrats health spokeswoman Munira Wilson said: “Matt Hancock is a terrible Health Secretary and should have been sacked a long time ago for his failures.

“This latest episode of hypocrisy will break the trust with the British public. He was telling families not to hug loved ones, while doing whatever he liked in the workplace.

“It’s clear that he does not share the public’s values. Rules for them and rules for us is no way to run a country.

“From the PPE scandal, the crisis in our care service and the unbelievably poor test and trace system, he has utterly failed. It is time for the Health Secretary to go.”