Another documentary about The Herald?

Erm, you asked that last year too. Obsessed, much? This is about a different menagerie. The BBC Scotland series is back for a new 10-part run charting life at Edinburgh Zoo and its sister site, the Highland Wildlife Park near Kingussie.

The premise is to showcase the cutting-edge science and endangered species conservation that the Royal Zoological Society of Scotland undertakes each year.

But the funniest bits are always when the showbiz adage of “never work with children or animals” proves true (as fellow connoisseurs of You’ve Been Framed! will know). 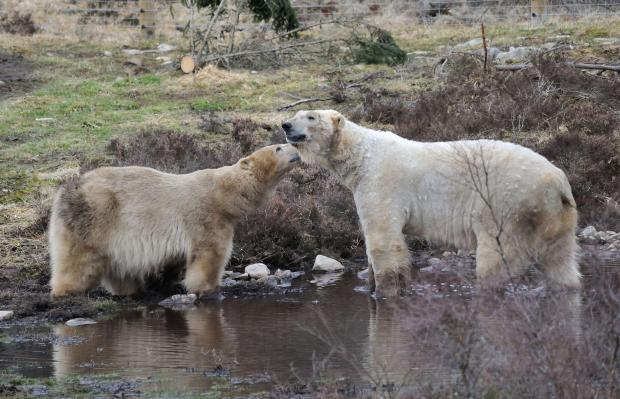 Who are the stars?

Do they all begin with P?

The best ones do. Courtship takes centre stage in the opening episode. It is nesting time at Penguins Rock in Edinburgh Zoo. Meanwhile, two polar bears are preparing for a hot date at the Highland Wildlife Park.

With young polar bear Hamish moved to the Yorkshire Wildlife Park near Doncaster last year, his parents Victoria and Arktos are set to be reunited in the hope of them producing another cub.

But taking Arktos to Victoria’s pad for some Netflix-and-chill soon proves a risky and gargantuan job.

When does the series begin?