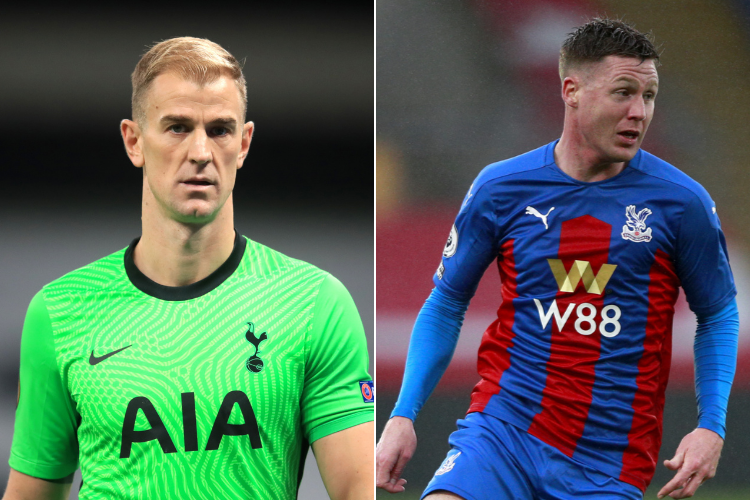 Fraser Forster is understandably considered one of Celtic’s best goalkeepers of the modern era.

So it was interesting to flick through social media and read Hoops fans questioning their club’s signing of the man who kept him out of the England starting XI for three years.

They do say confidence is key, and for a stopper like Joe Hart it is especially important. But upon signing a three-year deal at Parkhead yesterday afternoon, supporters seemed somewhat hesitant to declare the swoop a coup.

After all, the 34-year-old didn’t play much at Tottenham. He wasn’t a first-team regular at Burnley, or at West Ham. The last time he was first choice was at Torino where fans still don’t fully know what to think of him after a slew of mistakes, resulting in the Serie A outfit refusing to splash out to make the deal a permanent one.

But there is certainly a top class goalkeeper in there somewhere. He proved it countless times at Manchester City where he won the Premier League, an FA Cup and two League Cups. He is capped 75 times for the Three Lions.

A few poor games don’t make you a bad footballer, of course they don’t, but they can uniquely destroy morale. And when you are a player like Hart who needs a bit of reassurance at times, a head coach who has belief in his abilities is exactly what he’s after.

That’s where Ange Postecoglou comes in. The Celtic manager has a reputation of being tight with his players and at this stage in his career, Hart may be right where he needs to be. “This is a great moment for me in my career and I am absolutely delighted to be joining a club of Celtic’s stature,” the Englishman said.

“I know just how big this club is and of the incredible support that it enjoys, and I can’t wait to play in front of the fans at Celtic Park. I’m looking forward to meeting up with my new team-mates now and getting to work with the squad and, in particular, the other goalkeepers here.”

Hart may have been on Celtic’s radar before they brought in Vasilis Barkas for £5million but a deal could not be struck last year and he opted for Spurs. Not exactly a transfer saga, then.

But for James McCarthy, another of Celtic’s new Bhoys unveiled yesterday, this is a move which has seemingly been on the cards for 15 years. The former Hamilton midfielder has been a boyhood fan of the Parkhead club and is linked with a move to Glasgow every single window.

So, for it to finally get done after he left Crystal Palace on a free at the end of the season, it finally puts to bed the picture template us sports hacks have locked and loaded every window with McCarthy’s face beside a Celtic crest.

Postecoglou may still have more bodies to bring in to ensure his side has the best chance of rivalling Rangers for the Premiership crown. A right-back is priority, a left-back could be handy and a new striker is key.

But for now the boss will likely be pleased with the business done with key Europa League matches on the horizon. McCarthy is certainly delighted to get the move completed, finally. Speaking to the club website he added: “To have signed for Celtic is a brilliant feeling and this is a special day for me and my family.

“I know all about the club, the size of it and all the success it’s enjoyed, particularly in recent years. I’m looking forward to pulling on the Hoops, playing at Paradise and helping the team deliver more success to these amazing fans in the seasons ahead.”