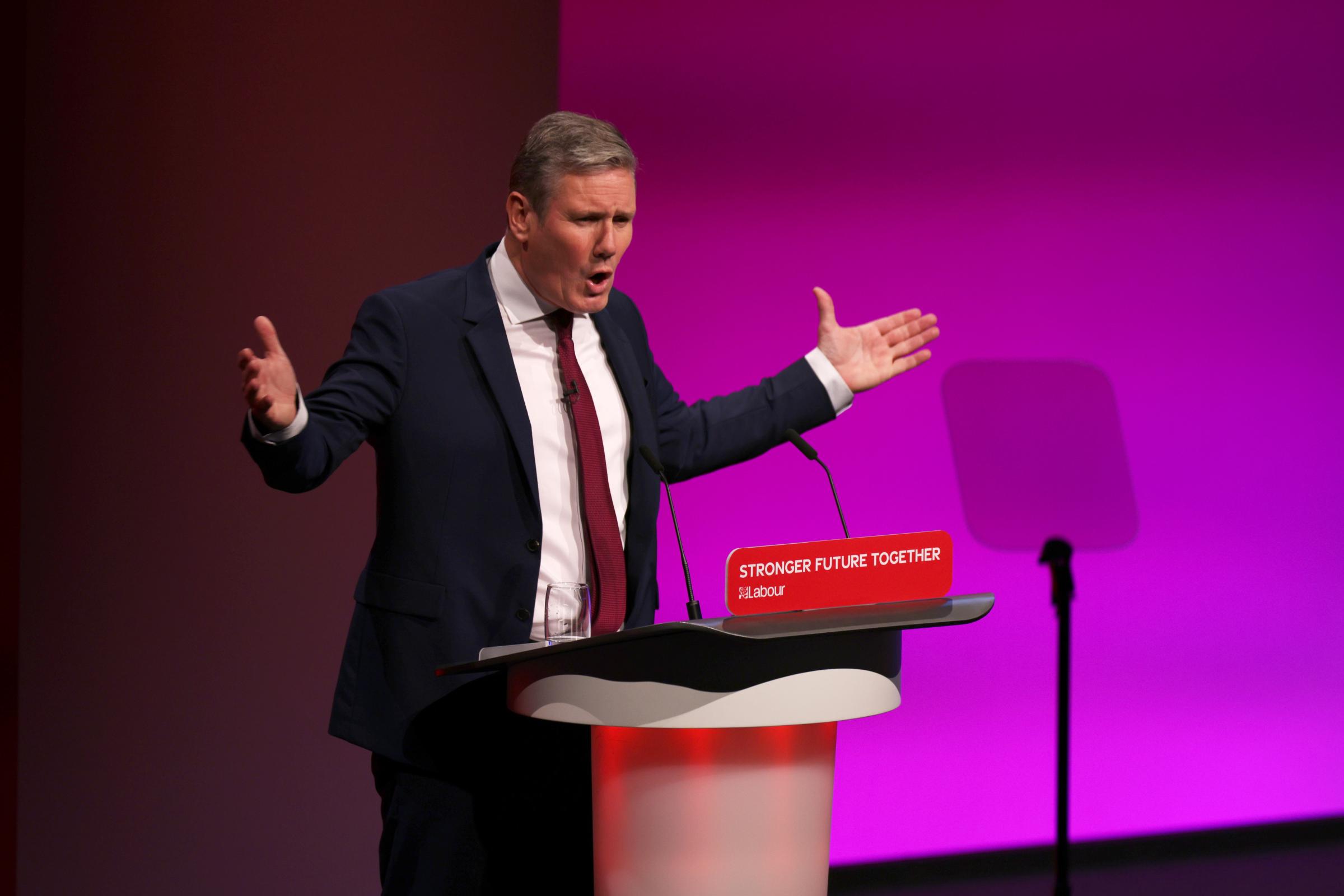 I HAVE agreed to talk to you because I think it’s important that, on the week of the Labour Party conference, I underline exactly where I would like to take the party in the future.

But first, I appreciate you want to know about my views on my potty-mouthed deputy Angela Rayner’s colourful language this week. Well, it was a little robust, although rumours that Armitage Shanks have offered her a personal sponsorship deal are wide of the mark.

However, you can rest assured I discussed the use of words such as ‘scum’ and ‘vile’ with her. And she clearly accepted she should represent the Labour Party with the adjectival comment that was commensurate and appropriate with her standing.

In fact, she said to me: ‘Stop being such a soggy little wet fish-f***ybaws, Smarmer. Grow a pair!’ And I smiled because I knew her jokey comment suggested we are singing from the same Oasis song sheet.

Of course, there have been comments that this Stockport Boadicea, this no-nonsense gingerhead who carries a metaphorical hanging rope in her handbag, is making a clear attempt to take over – you know, it wasn’t a surprise she was singing Don’t Look Back in Anger ironically at the do the other night.

I certainly don’t bear grudges that she didn’t support me in the leadership contest, because she’s besties with flatmate Rebecca Long-Bailey.

But can I trust her not to stab me in the back? About as much as we can trust Cressida Dick to resign.

Can I expect Angela to support me entirely during this upcoming battle? Between you and me, I’d rather take a late-night lift home from Katie Price, that’s if she managed to find a garage with petrol.

However, it’s not altogether a bad thing that my deputy uses industrial language. It’s a neat reminder that Labour were once the party of industry. Given my grammar school vowels and the impression I couldn’t fight a cold, I’m happy that she is a dirty overalls, wash their hands in Swarfega sort – and I get to benefit from that association.

Now, you wonder where I’m going to take the Labour Party, given the Tories have taken on many of our key policy strategies in recent years. You’re asking about my own solutions for the cost of living crises, how Labour can benefit from the Tory Party’s obvious self-serving and institutional cronyism.

What are my own plans for the minimum wage? Well, what I would say is I have my ideas in my head and one of these days, when we have more time, I’ll outline them to you in full.

Meantime, I’ve just been passed a note from my assistant that Angela has been looking to have a meeting as soon as I’m free. Or rather she said; ‘Get you f****** ar** over here now Smarmer, or I’ll pull your nuts off with a clawhammer.’ But isn’t it wonderful that Labour has so many different voices?