Letters: The arrogance and ignorance that have led to the Afghan crisis 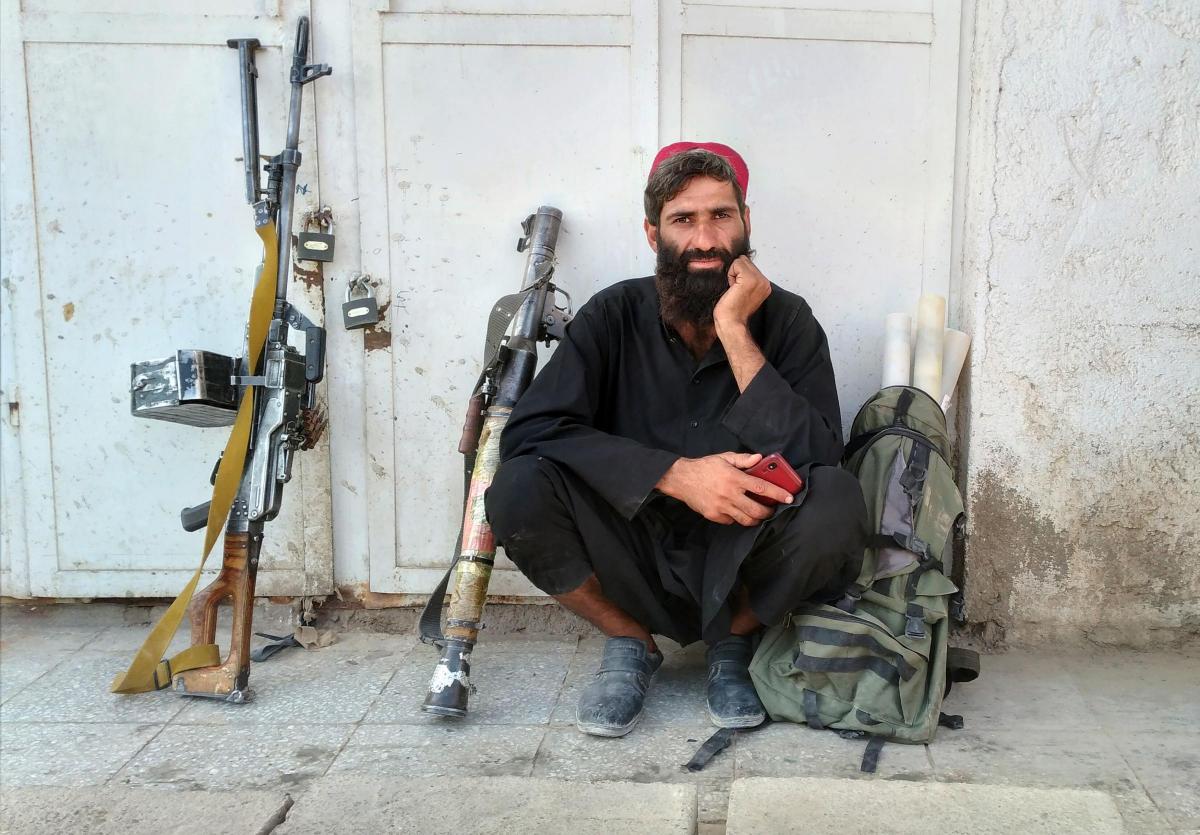 Which rather gives credence to the old line that “military intelligence” is a classic oxymoron.

It’s been obvious from the brave and excellent reporting on the BBC that the fall of Kabul was likely within days. In fact, it happened within hours, and apparently without any resistance from the Afghan army that has had hundreds of billions lavished on it.

Despite what we can all see on our TV screens, US Secretary of State Anthony Blinken claims: “This is manifestly not Saigon.” Really? And President Joe Biden says that American involvement in Afghanistan was a success, because they destroyed the al-Qaeda training camps, their objective in the aftermath of 9/11. So: success, followed by 20 years of failure.

The US needs to take a long, hard look at its foreign policy. Since the Second World War it has blundered around the world, using its awesome military might, its spies and its dollars, to try to reshape other nations and cultures into models of which it approves.

In 1953, the US and UK spy agencies organised a coup to overthrow the progressive government of Mohammad Mossadegh in Iran. Why? Simply because he wanted the people of Iran to have a bigger share of the oil wealth being lapped up by the Anglo-Iranian Oil Company (now BP).

Having overthrown Mossadegh, the Americans and British kept the vain, profligate Shah in power for 26 years, until opposition forces united to drive him from the country and welcome back Ayatollah Khomeini.

Sadly, for the people of Iran, it was out of the frying pan and into the fire. But it was the US and UK who brought about the current situation there; as in Afghanistan, a disaster brought about by a toxic mix of arrogance, naivety and ignorance.

The UK also needs to have a serious re-think of its foreign policy, lest it once again becomes America’s poodle.

The best decision Prime Minister Harold Wilson made was to resist US pressure to participate in the Vietnam War.

The Americans carpet-bombed not just Vietnam, but also Laos and Cambodia; they destroyed vast areas with Agent Orange; they dropped napalm, a horrible weapon; and sometimes they casually massacred innocent civilians, as at My Lai.

Thank goodness we in the UK don’t have that stain on our history.

Those who fail to learn the lessons of history are destined to repeat them. Not a difficult concept, so why don’t our politicians get it?

THE ROTTEN STATE OF INTERNATIONAL POLITICS

I CONTEST the facts behind the quote by the Foreign Affairs Committee chair Tom Tugendhat MP, when he said that Afghanistan was “the biggest single foreign policy disaster since Suez” (“World holds its breath as Taliban take Afghanistan”, August 16).

As I recall, the West turned a blind eye to the Turkish invasion and annexation of Cyprus in 1974. It again looked the other way in the early 1990s during the Bosnian genocide.

However, I refuse to believe that, in this technological age, the United States and the UK did not have the relevant intelligence data regarding the actual strength and morale of the Afghan army compared with the known intentions and capability of the Taliban army, who have now taken over Kabul in addition to the rest of the country.

Although I accept that the West has probably been caught out by the speed of the takeover, I am certain that you do not need to be Marcellus to share the opinion that something is rotten, not in the state of Denmark, but in international politics.

HOW CAN THE TALIBAN BE PURGED NOW?

WATCHING the coverage of the frightening collapse of civil society in Afghanistan, and the Americans’ undignified scramble to evacuate, brings to mind the events of Vietnam in the mid-1970s.

Despite the conciliatory tone of at least the Taliban’s public pronouncements so far, it is very difficult not to to fear unease when contemplating the future of Afghanistan.

There is also, of course, the matter of the country being used by terror groups as a launchpad for attacks on the West. We have been here before.

It is important to remember that the withdrawal of US troops was a process initiated by Donald Trump.

But President Biden ought to have exercised some restraint and heeded the advice of his military advisers. America should know by now not to underestimate its most vehement adversaries.

None of us know what will lie ahead of us, but to my mind it is a pity that Biden, a decent man who has achieved much in his nine months in office, risks being remembered for presiding over the Afghan catastrophe.

How can Afghanistan be purged of the Taliban now? Will the country now face decades of ruin and human misery and despair, and floods of refugees looking to escape the Taliban?

And will we in the west have to brace ourselves for a long series of terrorist assaults?

CONSEQUENCES OF THE AFGHAN ‘MESS’

THE disaster that goes by the name of Afghanistan and which is about to engulf us and the rest of the western world is one that will impact children and women particularly, and will further aggravate the refugee and immigrant challenge.

I am not one who subscribes to the view that the USA should be the world’s policeman, as most expect it to be. Nor do I believe that Nato is anything other than a cover for that role.

If we wish to challenge that we should simply ask, who alone has the code and the authority to launch Trident missiles from nuclear submarines based as elsewhere in Scotland?

I don’t recall Boris or his acolytes carrying the famed black briefcase.

Which brings us back to the USA and its current president.

Barack Obama, in his memoirs, A Promised Land, referred to his vice president, Joe Biden, having a concern about the Pentagon’s proposal to put additional troops into Afghanistan.

“Whatever the mix of reasons, he saw Afghanistan as a dangerous quagmire and urged me to delay a deployment [of more troops], suggesting it would be easier to put troops in once we had a clear strategy as opposed to try to pull troops out after we’d made a mess with a bad one”.

Well, troops have been pulled out with no clear strategy, and it is time for Boris Johnson to remember the 457 British soldiers killed in Afghanistan and, importantly, consider the women and children there who will be grievously harmed.

He also ought to replay Mr Biden’s own words back to him and to truly harness those who signed up to Nato, and to others, to come together to avoid “a mess”.

GO AFTER THE PAYMASTERS

I DOUBT that the air-drops suggested by Ian Gray (letters, August 13) as an humanitarian alternative to our past bombing would find favour with the Taliban.

There was a recent TV interview with a Taliban leader, one of many who were freed from prison in an attempt at reconciliation just before the current conflict.

If it is any yardstick, coming to terms with the Taliban just now on anything remotely acceptable to our way of life is an impossible dream.

He confirmed their previous punishments would apply again.

Thus, anyone caught stealing would have a hand and foot cut off. Adultery would be punished by stoning to death, but if I understood him, to say that that applied only to the woman.

The media has reported also that in areas falling to the Taliban, young girls as young as 12 have been taken as sex slaves or as forced brides.

The Taliban justify all of this brutality as being in line with the Koran, which I find hard to believe, but perhaps some Koran scholar can comment.

How would it be possible to convert such thinking?

Not by love-bombing Afghanistan with supplies (however useful), as I would expect the Taliban to punish severely anyone found with them.

It seems to me that the only people the Taliban might listen to are their paymasters and the countries which have sheltered and provisioned them over recent years, whoever they may be.

The UN and western governments must know who they are.

But have they the will to tackle them with sufficient pressure, sanctions or whatever, to get them to force the Taliban to the table to seek a political solution to the present mayhem?

In the meantime, all we can and should be doing is rescuing any and all Afghans and their families, however numerous, who helped us and are now Taliban targets.

To do anything less is unthinkable, whatever the cost. Time is very short.