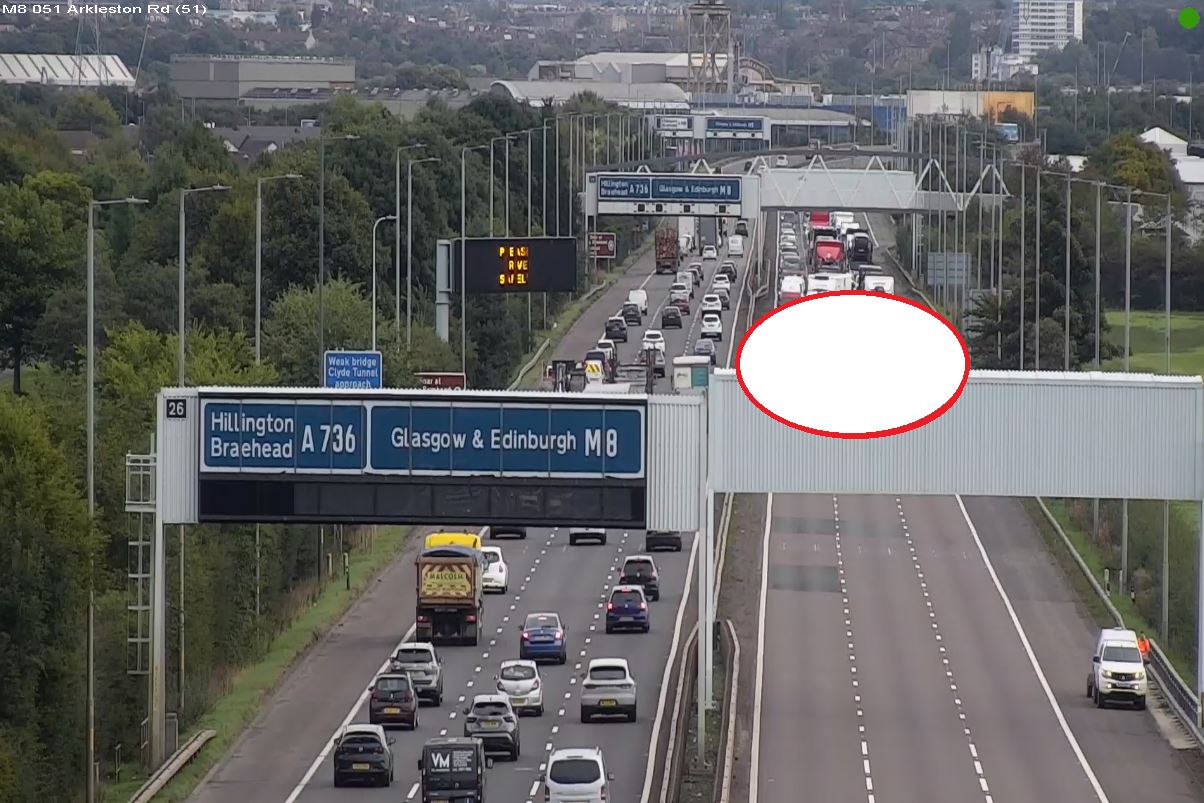 A section of the M8 motorway was closed this afternoon after emergency services responded to a two car crash near Braehead shopping centre.

At 12.04pm, Traffic Scotland confirmed the incident which led to the closure of all three lanes travelling westbound between Junction 26 and Junction 27.

At 1.45pm Traffic Scotland confirmed that the incident had cleared and that all lanes had now reopened.

A Police Scotland spokesperson said: “We were called around 12 noon on Tuesday, 5 October, to a report of a crash on the M8 westbound between junctions 26 and 27, involving two vehicles.

“Emergency services are in attendance and two lanes are closed.”