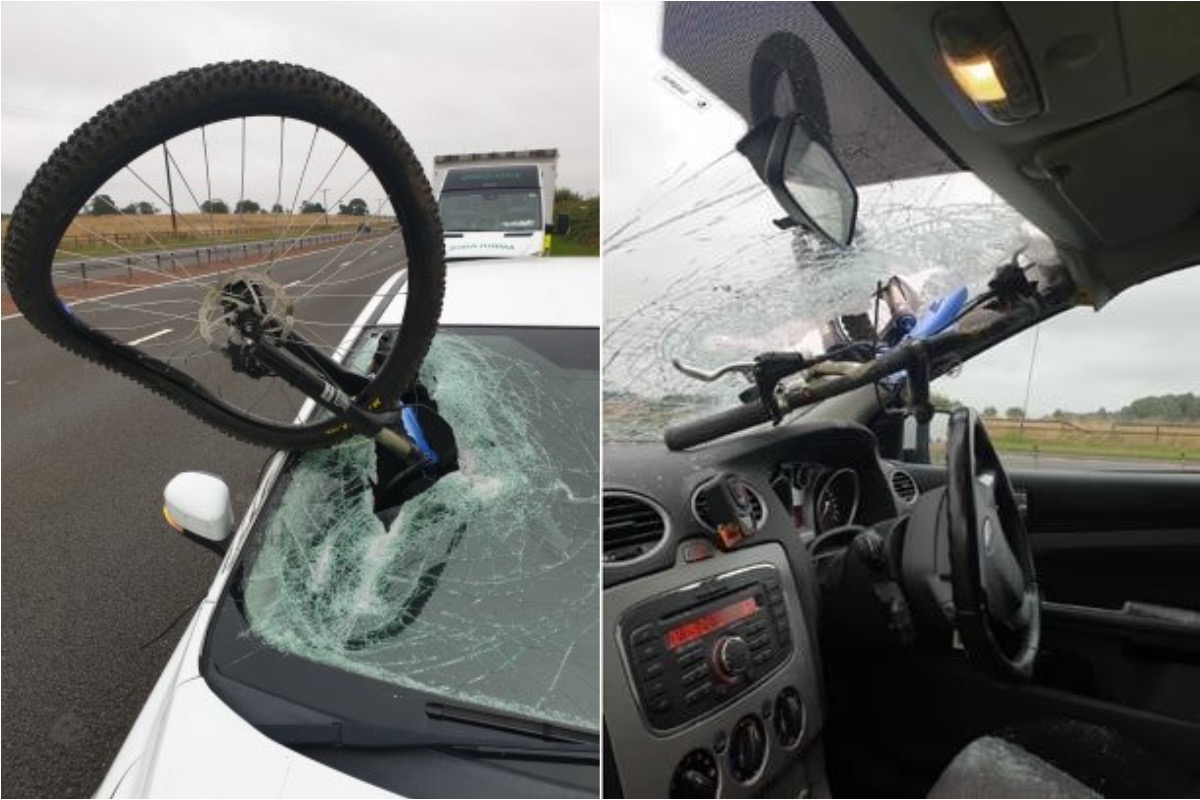 Road policing officers are appealing for dashcam footage or witnesses after a bicycle struck the windscreen of a car on the M9 on Friday evening after coming free from another vehicle.

The incident happened northbound on the M9 between junctions one and two in West Lothian around 5.50pm on Friday, 3 September.

The bicycle struck the windscreen of a white Ford Focus and is believed to come free from a vehicle travelling on the opposite carriageway.

The 60-year-old female driver was able to bring her car to a stop on the hard shoulder. She was then taken to St John’s Hospital in Livingston for treatment to minor injuries.

The bicycle is described as a Kona Kula 2-9 pedal cycle with a 16 inch light blue and white coloured frame.

Sergeant Jennifer Forbes, of Police Scotland’s Road Policing Unit, said: “The consequences of this incident could have been far more severe and is only through pure luck that nobody was more seriously injured or worse.

“It should stand as a stark reminder of the importance of making sure that any load being carried out on your vehicle is properly and thoroughly secured.

“We are carrying out enquiries to identify the vehicle which had been carrying the bicycle and I would urge anyone who can help to come forward.

“We would be keen to speak to anyone who may have witnessed the incident. If you were on the road late on Friday after noon and may have dashcam footage which could help our investigation then please get in touch.