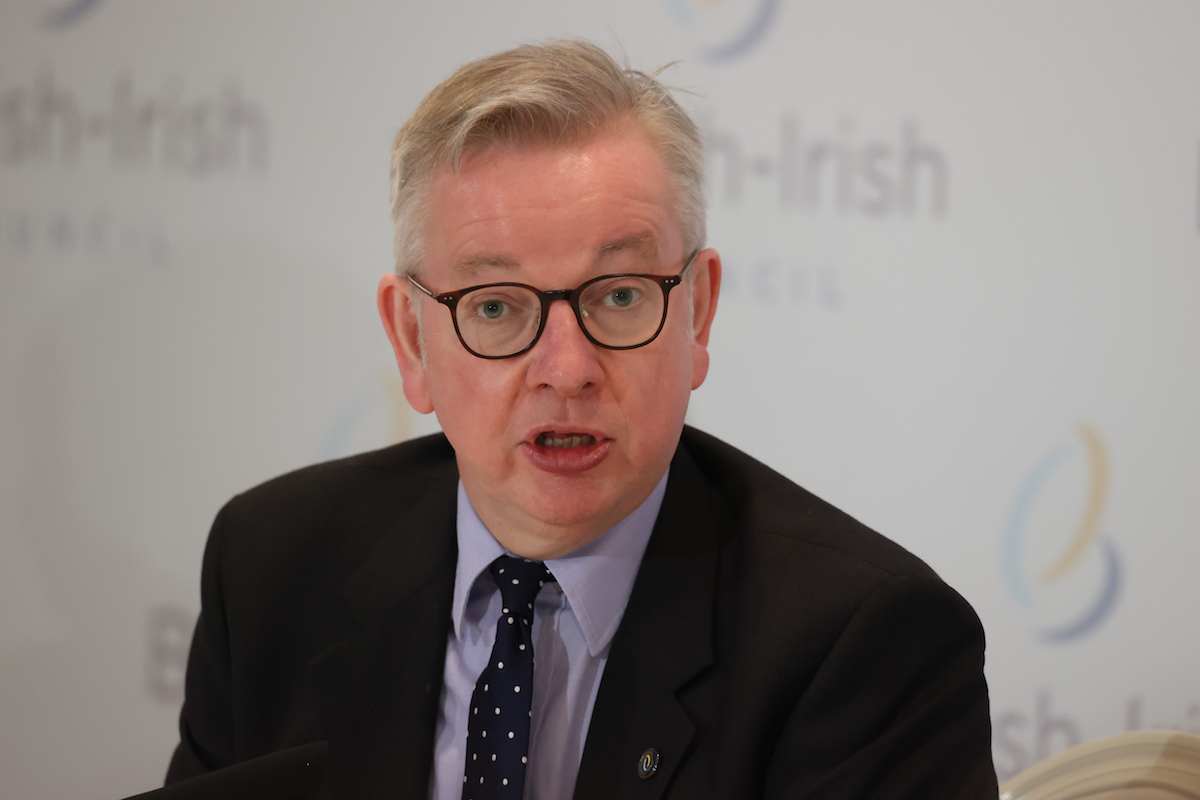 MICHAEL Gove has refuted claims the UK Government misused public funding by polling attitudes to the Union as part of an unlawfully awarded £560,000 Covid-19 contract.

The Cabinet Office Minister distanced himself from his department’s decision to extend a contract handed to Public First to “cover qualitative research into EU exit topics and themes, rebuilding the economy and attitudes to the UK Union”, as revealed exclusively by The Herald.

The High Court ruled that the use of the money was “unlawful” as it “gave rise to an apparent bias” due to its links with former colleagues of Dominic Cummings and Mr Gove.

But during a visit to Aberdeen, Mr Gove insisted that “the contract was actually assigned by others and not me,” but stressed it was the “right decision” for the contract to be awarded.

READ MORE: ‘Scandal’ over Gove’s use of pandemic research contract to test attitudes to the Union

He added: “The UK Government were concentrating on making sure that we could make the best possible case across the United Kingdom on how we could deal with the Covid pandemic.

“The decision to award the contract was not my decision, though I think it was the right decision. The courts pointed out that it was perfectly legitimate to use the procurement process that we did. We don’t indulge in party-political polling.”

Mr Gove said that polling has been used by both UK and Scottish ministers during the pandemic.

“As far as I know that was completely within the rules for them, our concentration has been on making sure that we can get an effective public health message and that was the aim behind the investment that we’ve made.”

Ahead of his visit to Aberdeen, SNP Westminster leader Ian Blackford set out a host of questions he said needed answered by the UK Government minister, claiming “Boris Johnson’s Tory government is stumbling from one scandal to the next”, adding the UK administration is “driven by rampant cronyism and sleaze”.

He added: “Revelations that Tory ministers directed emergency Covid contracts and public funds for their own political campaigning and gain are utterly damning.

“Despite the Government’s best attempts to play this down, the reality is that this scandal will not disappear. There are very serious questions for the Prime Minister and Cabinet Office minister to answer over how they siphoned off public money for their own political purposes.

“There must be accountability. If the Tory Government genuinely believes it has nothing to hide or that it has done nothing wrong, then the Cabinet Office minister will set the record straight and the Prime Minister will commit to a full public inquiry.

“Our efforts in the middle of this deadly pandemic must be on saving lives – not channelling public money towards political campaigning.”