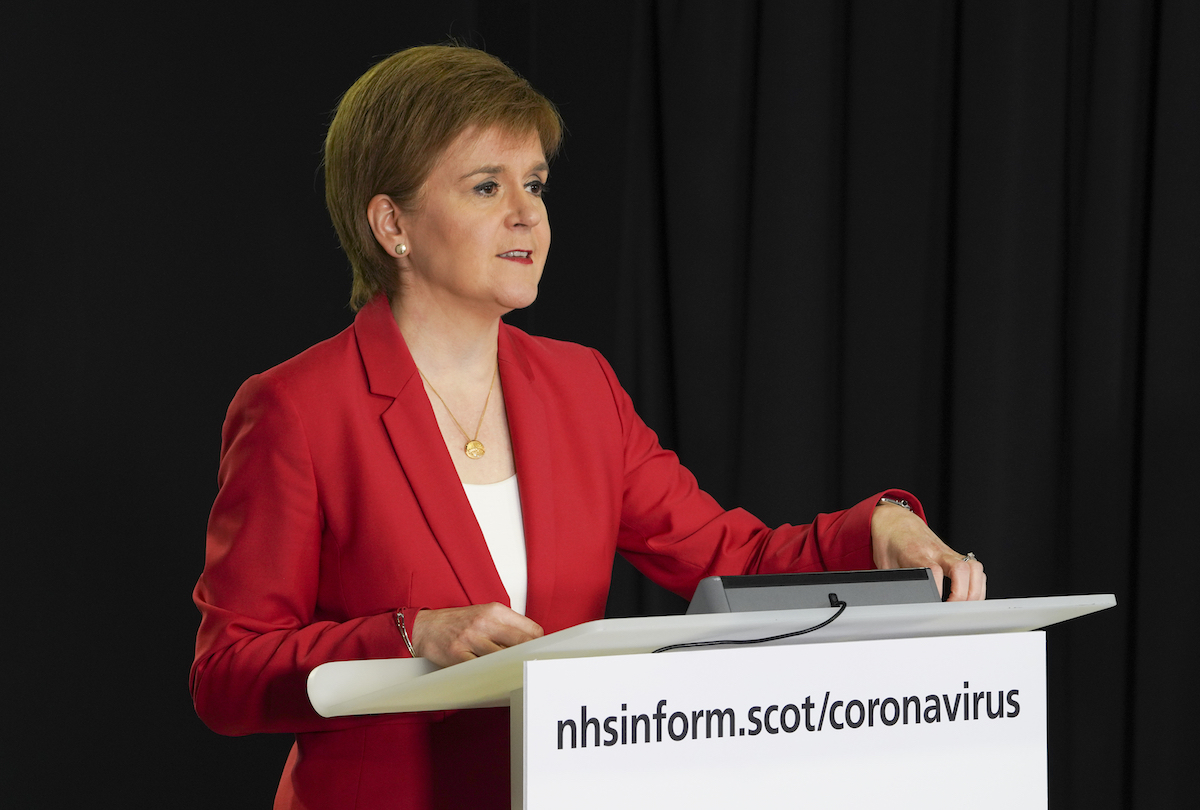 NICOLA Sturgeon has pleaded with the Chancellor not to go ahead with an “unforgivable” cut to Universal Credit – warning the UK Government not to “take money out of the pockets of those who can least afford it”.

Rishi Sunak is set to axe a £20 uplift to Universal Credit, despite stark warnings that it could force thousands into poverty.

On a visit to Scotland last week, the Chancellor stressed the uplift was always intended to be a temporary measures – adding that the UK Government was focusing on getting people into work.

But fears have been raised over the strategy as almost 40 per cent of Scots claiming Universal Credit are in work, but do not bring home enough money.

The First Minister has also urged the UK Government to extend furlough to help support businesses.

Speaking remotely to MSPs, Ms Sturgeon said: “Businesses, although we want to get businesses back trading normally as quickly as possible, need support for as long as is required.

“I think the premature end of furlough will be very damaging to many people’s jobs across the country and even at this late stage, I would urge the Chancellor to change his mind and give a further extension to furlough.”

Ms Sturgeon has also called for Mr Sunak to announce a u-turn on his proposed cut to Universal Credit immediately.

“It will take perhaps over £1,000 a year from people who need it most and it should not happen.”

The First Minister added: “I’m urging the Chancellor to change position on furlough – I would go even stronger than that (on Universal Credit) – do not take money out of the pockets of those who can least afford it.

“Make the uplift to Universal Credit permanent and make that clear without any further delay. To do anything else would simply be unforgivable.”