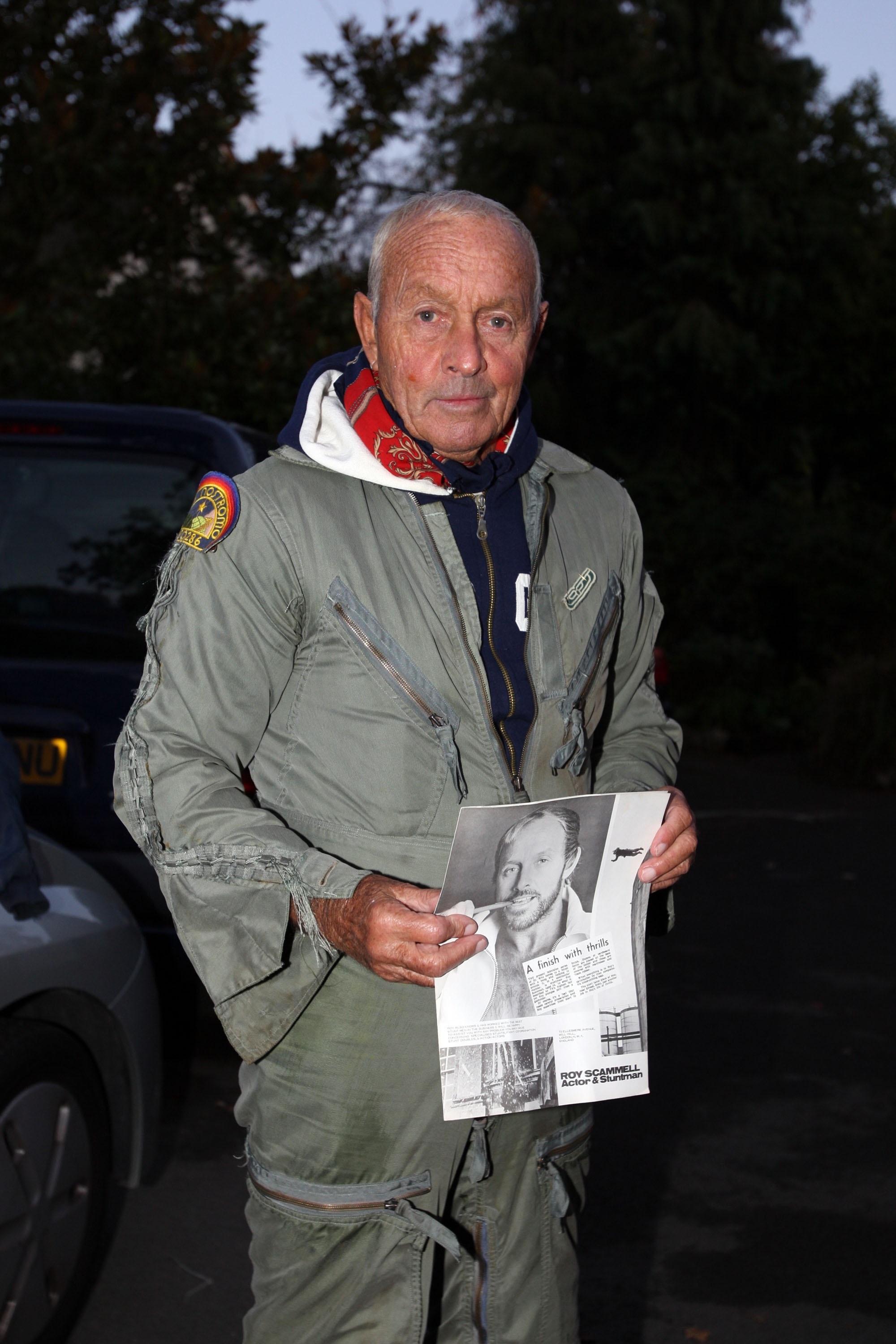 WHENEVER you needed a fall guy, in the literal sense, to drop from a cliff or a helicopter, or dangle over the edge of a ravine, Roy Scammell was that person.

Indeed, so successful was Scammell at looking as though he had just fallen to his death that producers of films starring such screen heroes as Kirk Douglas, Dirk Bogarde and Steve McQueen reckoned Roy was the perfect stuntman.

And while McQueen did most of his own stunts in The Great Escape, Scammell was involved in the celebrated scene in which McQueen’s character tries to jump over a barbed-wire fence on a motor-bike.

“We both did the jump,” Scammell told the Watford Observer in 2003. “I set it up and test jumped it first, then he insisted on doing it himself. Both sequences were filmed and Steve pulled it off brilliantly, so obviously that’s what they used. The insurance company went mad.”

Ten years later he was reunited with McQueen for Papillon, a gritty prison-escape drama set in 1930s French Guiana. “McQueen’s character jumps into the sea from a cliff about 90 feet high”, Scammell said in that same interview. “The tide varied between 10 feet and 40 feet and I had to gauge the wave and hit it right.

“You get a sack of something roughly the same weight as yourself and chuck it over to see how long it takes to fall. I did it in one take: you don’t do a stunt like that more than once.”

Scammell was also a major player in the television industry and his name became synonymous with the high-risk, fast action scenes. His jump from a 50ft gasometer in a 1970 episode of Doctor Who was, at the time, the highest fall attempted on TV.

Announcing news of Scammell’s passing, his daughter Karen Best, said: “He was always such a role model – and he taught me that fear is just a word in the dictionary”.

Royston Edwin Scammell was born in Kingsbury, north-west London, and it’s fair to say he was a young man of action who enjoyed risk-taking and a certain amount of attention, not unlike his father, Frederick Scammell (known as John), a car dealer who did part-time acting, modelling and stunt work.

Young Roy’s mother, Amelia (nee Borley) was an office manager but her sons – Roy and his younger brother, Terence, later a Shakespearean actor – lived to test themselves to the limit.

When 13-year-old Roy left school in North London, he became a lifeguard, then a high-diver. His local roller-skating fun led to his becoming a professional hockey player. But the game itself wasn’t tough enough. He devised his own stunt-oriented ice act, jumping over 16 barrels in the rink.

The crowd adored it, and Scammell was hired by the Tom Arnold Ice Show before setting off around Europe with the Holiday on Ice touring show. “I loved it; all of these beautiful girls, lovely costumes,” he said in a later interview.

It seemed only a matter of time before film and television came calling. Scammell was friends with Anthony Newley and the singer’s agent suggested Roy for an advertisement. This led to an appearance in Newley’s 1948 film, Vice Versa.

Scammell’s close resemblance to Dirk Bogarde saw him become the actor’s screen double a year later in Once a Jolly Swagman, appearing in a high-speed motorbike chase.

Scammell’s career was halted by national service (he served in Korea) then on his return to London he married Monique Garlopeau. Plans to tour the US with Holiday on Ice were cancelled when his wife became ill but the young man with the perfectly sculpted body was cast as Tarzan in a revue at the Windmill Theatre in London in 1956.

The body-demanding roles kept on coming. He played an acrobat in Scapa at the Adelphi theatre (1962) and appeared in The Legend of Young Dick Turpin (1965). He performed his first high fall in Cast a Giant Shadow (1966), which starred Kirk Douglas.

Scammell enjoyed an adrenalin rush but the risks he took on film were carefully calculated. “If you look after the body, it looks after you”, he once said in an interview. “I’ve been very lucky, I’ve had one or two bangs, but nothing serious. There’s always a risk there, preparation is everything, but there’s always something that can go wrong.”

In his film stunt work he was not restricted to doubling for well-known male actors. He once donned a dress to become Deborah Kerr and he also doubled for the actress Caroline John in a 1970 episode of Dr Who, in which he dangled over a raging weir.

But talent and fearlessness aside, there was another reason why the likes of Frank Sinatra enjoyed having him on set. Scammell was good fun. So what if he were a little vain, and loved to sunbathe on set in between takes to develop his suntan and lighten his already blond shock of hair?

Scammell also developed into a great stunt co-ordinator who worked with Andrew Lloyd Webber on the skate-racing scenes in the stage hit Starlight Express (1984). He also developed sports programmes for young people. “I think the younger generation do need help,” he said. “The sports that we had as kids aren’t available to them.”

Scammell went on to co-devise Ice Warriors (1998), ITV’s prime-time ice-rink-based rival to the hit show Gladiators, and he worked on developing sports for disabled competitors.

He certainly loved his life, and his career. “There are things where you look back and think, I’m glad I did that. When you’ve done a good job, you get a sense of satisfaction. I’ve been very lucky – it’s nothing I expected.”

Scammell’s marriage ended in divorce in 1973. He is survived by his daughter, Karen, two grandchildren, and two great-grandchildren.