Overseas travel rules: Ian McConnell: Do not be fooled – Rishi Sunak did not rescue summer holidays 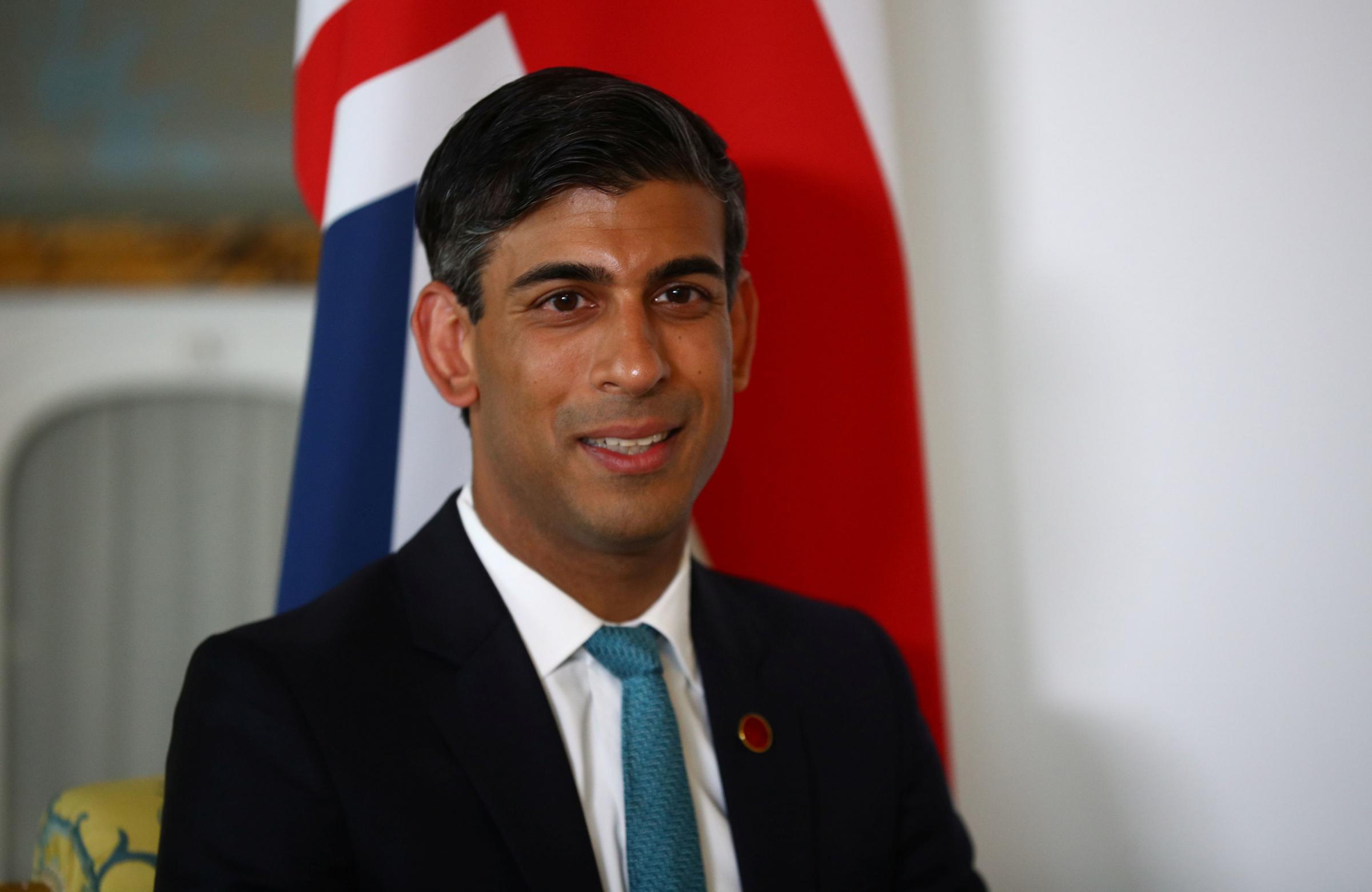 THE astounding degree of turbulence in the UK Government’s policy-making on international travel conjures up the image of weary, bemused airline passengers scrabbling around nervously for the paper bag in the seat pocket in front of them.

Or maybe, especially when you throw in the mixed messaging and doublespeak from the Johnson administration, just banging their heads gently off the seat-back in front of them in exasperation and despair.

Of course, we must remember we are in the middle of the pandemic, and not lose sight of the priority of minimising deaths from coronavirus. Decisions on overseas travel must be taken with public-health considerations at the forefront of UK and Scottish government ministers’ minds.

However, the problems around communication on international travel restrictions from the UK Government, as it leads what has largely been a four-nations approach on this front this time round, are getting worse. And that is saying something – because the communication was lamentable before.

There have also been too many entirely unfathomable decisions along the way.

Take, for example, the entirely unnecessary decision, thankfully since changed, to refuse to allow people travelling to the UK from amber-list countries who had been vaccinated twice in European Union member states to be exempt from quarantine. For some reason, the stance for a time in the UK was that a vaccination certificate from the EU should not provide the quarantine exemption enabled by one issued in Britain.

This has been just one complexity in what for many will have been a bewildering process.

The creation earlier in the summer of an “amber-plus” designation for France, removing the quarantine exemption for fully vaccinated travellers returning from there to the UK, looked like another unnecessary complication in this highly charged post-Brexit era.

Whatever people’s view on the France call, it was undoubtedly among the significant number of key policy decisions on overseas travel by the UK Government to have caused massive upheaval.

It has undoubtedly been a very difficult few months for actual and might-have-been international travellers, and crucially also for airlines, airports and ground-handling businesses, holiday companies et al and their employees.

Non-essential overseas travel was permitted again for people in the UK from May 17.

However, it has been something of a tortuous resumption.

The likes of airlines and holiday companies have oscillated from exasperation when restrictions have been tightened for various countries to relief when there has been some easing.

It has been the most confusing of periods on the international travel front, and much more difficult to navigate the myriad rules than it was at this time last year.

However, a letter from Chancellor Rishi Sunak to Prime Minister Boris Johnson reportedly pushing for holiday rules to be relaxed and claiming the UK was “out of step” with other countries on this front really set the cat among the pigeons last week.

Of course, the drama entailed the usual tiresome political bickering, amid signs of disagreement on this issue among senior figures in the Conservative Government.

More importantly, however, the drama around the letter and the latest pronouncements from the UK Government last week on international travel surely heaped confusion upon confusion.

The main point of worry for the international travel sector had been talk of the introduction by the UK Government of an “amber watchlist” to flag countries which could be moved swiftly to the red list.

Particularly in focus on this front was Spain, a major destination for UK travellers.

In the end, the “amber watchlist” that looked to have been under very serious consideration by the UK Government did not emerge.

Spain stayed amber in last week’s review, although Mexico was slapped on to the red list, meaning returning travellers would have to pay for hotel quarantine. Cue the drama as travellers rushed back from Mexico before the change came into effect. This has been a familiar pattern for people in Scotland and elsewhere in the UK amid the pandemic, as various countries have been moved around on the lists this summer and last year.

Some countries were added to the green list in last week’s announcement, but most of the major destinations for UK travellers remain amber. France is now back to just amber.

The problem with all the drama arising from the reported tensions within the UK Government was that it seemed to create the impression that we had moved from a situation in which international travel was very difficult to an environment in which it was straightforward.

Some might even have thought that Mr Sunak had rescued the summer holiday season.

There was talk of summer holidays having been “saved”.

However, in reality, nothing much had changed in terms of the actual restrictions.

According to the Sunday Times, which reported on the letter from the Chancellor to the Prime Minister, Mr Sunak told Mr Johnson that the UK’s rules were “out of step with our international competitors”.

The newspaper quoted a source, which it described as being familiar with the letter, as saying: “Rishi has called time on the travel restrictions.”

And this brings us to the nub of the problem.

Time has not been called on the travel restrictions.

It remains a major undertaking for anyone in the UK wishing to travel abroad on holiday or for any other purpose to do so.

Yet, even as the international travel sector continues to face massive challenges, Mr Sunak is sticking with his September end-date for the coronavirus job retention scheme.

Even when returning to the UK from countries on the green list, fully vaccinated travellers must take a pre-departure, certificated Covid-19 test, and will have to remain where they are if this is positive. Even if they test negative, they will have the additional expense of a polymerase chain reaction (PCR) test when they return. This is in addition to filling out passenger locator forms and so on.

For people returning to or travelling to the UK from amber-list countries, the same testing requirements apply, and adults who are not fully vaccinated will face quarantine.

This is not to say that travelling overseas is impossible.

Rather it is to highlight the onerous nature of the requirements for those who have to do so for urgent reasons or choose to do so for an often-much-needed overseas holiday in these grim times.

On Monday last week, in the wake of Mr Sunak’s intervention, Mr Johnson declared: “We need to get people, get the travel industry moving again.”

This is all fine as an objective, but we must not fall into the trap of believing the big, bold, broad-brush statement from the Prime Minister means that the situation is not still complex and the rules are not onerous.

Mr Johnson also declared: “We want an approach that is as simple as we can possibly make it.”

This should be the aim. However, at times it has appeared the UK Government has made things unnecessarily difficult, as well as changing things dramatically with little warning.

Furthermore, it is crucial to realise that the current approach has not created “simple” overseas travel. It is a very long way away from this.

The major expense and uncertainty created by the various testing requirements will be a deterrent to many who might be wishing to travel overseas.

And, while there might be quarantine exemptions for under-18s in the UK returning from amber-list countries, what about young people who are older than this but have not yet had the opportunity to have two doses of vaccine?

Of course, the complexity of international travel is a worldwide issue. People in the UK must also deal with the rules implemented by the countries they are visiting.

It remains a messy business.

Of course, public-health considerations must dictate what happens on this front and there are understandable concerns over coronavirus variants.

In time, however, as soon as it is safe to do so, you would hope that a certificate showing full vaccination would be the only thing required to travel freely to and from many other countries, with requirements for expensive testing removed. And with anyone too young to have had the opportunity to be fully vaccinated able to travel freely without such a certificate.

That would make things relatively simple, and would mark an actual step-change from where we are now on the reopening of international travel.