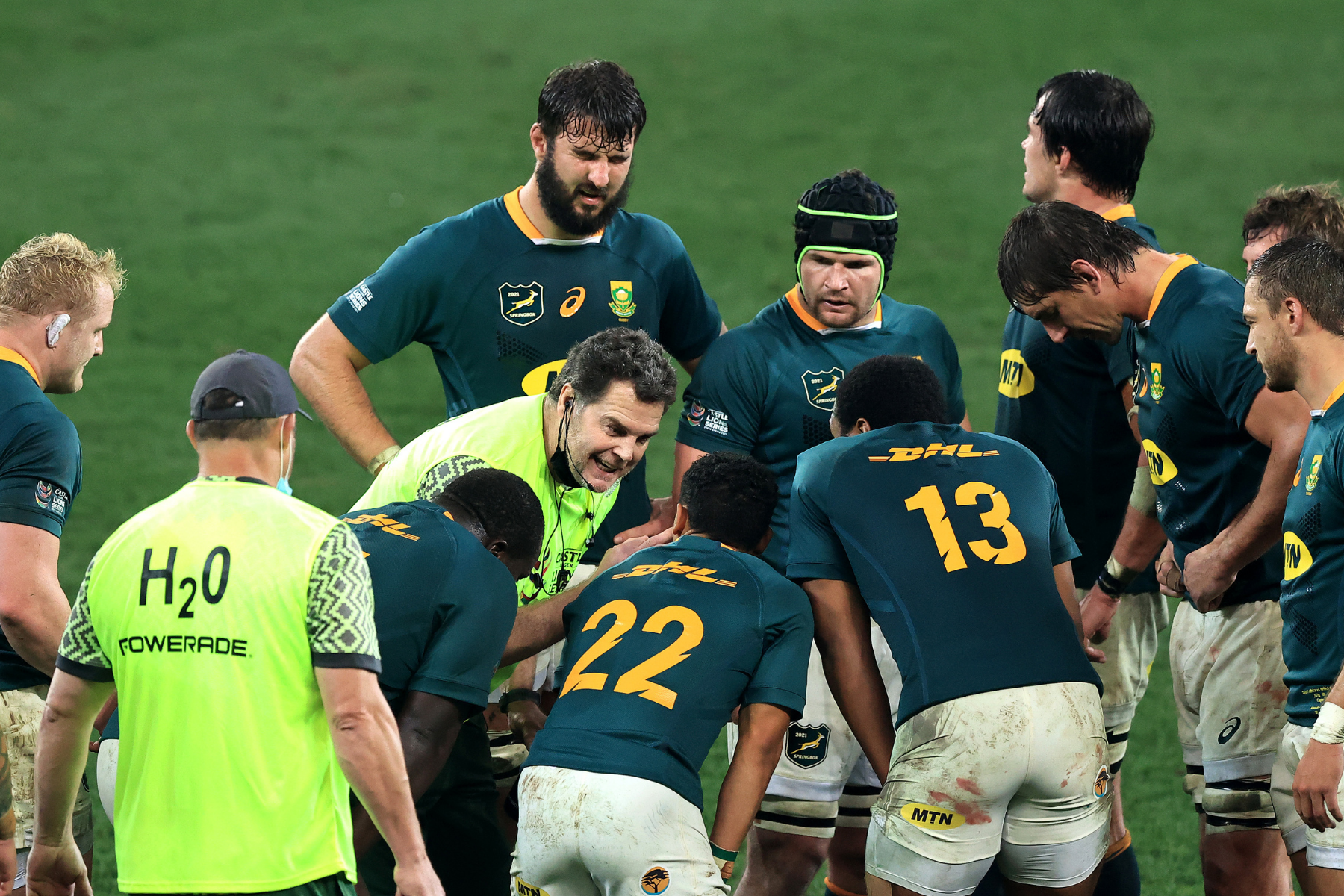 THE case of World Rugby v Rassie Erasmus becomes more disturbing by the day, and the latest development in the saga almost beggars belief.

You will recall that at the end of this month, South Africa’s Director of Rugby and former Springboks coach Erasmus is due to face a two day misconduct hearing, more than three months after the release of a 62-minute video in which he criticised the match officials following South Africa’s defeat in the opening match against the British and Irish Lions.

In the infamous video, Erasmus questioned more than 20 decisions made by referee Nic Berry and television match official Marius Jonker during that first Test, which the Springboks lost 22-17.

South Africa duly won the next two matches against the Lions to clinch a series win, and many commentators including myself felt that Erasmus had got what he wanted – compliant officials in those two games.

This week Erasmus has stunned the rugby community by asking that the disciplinary hearing be held in public. That is such a no-no in rugby – public hearings just don’t happen, for very good reasons, one being that witnesses and indeed the accused person need to be able to give their evidence without the pressure that testifying in public undoubtedly creates, as Erasmus well knows.

Reasons for a decision taken by the independent panel can be made public in writing, as World Rugby has said will happen in this case, so what has Erasmus been trying with this latest outburst that was always doomed to failure? And it has failed, as World Rugby has dismissed his plea outright.

To me it is simple – here again we have Erasmus at his intimidatory worst. What he wanted was to be able to plead his fairly pathetic case to a tainted audience – the South African fans who worship him for winning the 2019 World Cup.

Most, though not all, of the Boks’ fans think Erasmus did the right thing in criticising the referees, and dare I say it, he has been playing to a laager mentality in that country.

This is what gets my goat – he is charged under World Rugby regulation 18 with misconduct and he has already provided detailed written submissions to the panel, as have South Africa Rugby and World Rugby.

It was Erasmus who requested an oral hearing, backed by his Union, and I suspect he has now realised that he is in even deeper doo-doo that he first thought because it is clear – and he will know this – that World Rugby has lined up a formidable and forensic case against him.

As I have previously stated, the section of Regulation 18 on which Erasmus will founder is this: “acting in an abusive, insulting, intimidating or offensive manner towards referees.”

It is not an open and shut case as Erasmus has said he did not release the video rant. So why make the video in the first place?

A legal friend of mine who also happens to be involved in rugby says that the old Scottish legal doctrine of mens rea might apply – for a guilty verdict the prosecution must show you intended to commit a crime or at least have been reckless about the results of action or inaction.

If Erasmus seriously did not release the video, then who did, and did Erasmus do anything to stop it coming out? And don’t forget he is also alleged to have used a so-called ‘burner’ account on Twitter to make criticisms, something Erasmus strongly denies.

If it can be proven that he has any links to the ‘burner’ then he is in deep trouble.

It is all perfectly well to criticise a referee in a private conversation, but going public with that criticism, no matter how that publication happened, seems to me to be he very definition of misconduct.

I have already argued that Erasmus should be doubly punished for his waterboy stunts. Coaches are just not allowed on the pitch to issue instructions or advice except at half-time. Yet there he was, flaunting his H2O vest and making fools of everyone – including World Rugby. Believe me, the Dudes in Dublin don’t take kindly to that sort of thing.

If found guilty of misconduct and perhaps breaking the law on water carriers then the independent panel must mete out a heavy punishment. I have already suggested that Erasmus be banned from rugby for at least a year.

There’s no point in fining South Africa Rugby too heavily but the Union must be made to pay for its support of Erasmus who has clearly been in the wrong since the video was made. What there must not be is any kind of a fudged result and I trust panel chairman Christopher Quinlan QC – an English barrister of impeccable reputation – and panel members  Nigel Hampton QC and Judge Mike Mika, both of New Zealand, will make a reasoned determination.

If they find for Erasmus I will accept that verdict. I very much doubt if Erasmus and his fan base will do so if the verdict goes against him.