A RAIL union has attacked SNP MSPs over “inflammatory” language while referring to its “London bosses” in calling on it to suspend a ScotRail strike ballot for action that would disrupt the COP 26 climate change conference in Glasgow in November.

Disruption to travellers has been threatened after the Rail, Maritime and Transport union (RMT) announced ScotRail staff were being consulted over potential strike action after being offered no pay increase.

The move comes on top of disruption to passengers in a separate RMT conductors’ dispute over payments for working on days off, which has seen the cancellation of many ScotRail trains on Sundays since March.

The union is balloting on taking action on dates that coincide with the summit, when world leaders will be in Glasgow.

ScotRail, which is run by Dutch state-owned transport firm Abellio, has been urging staff to come together to rebuild Scotland’s railways saying that a rise in industrial action is “completely wrong” for staff and customers as services become more increasingly used with the easing of lockdown.

Five Glasgow SNP MSPs Bob Doris (Maryhill and Springburn), James Dornan (Cathcart), Bill Kidd (Anniesland), John Mason (Shettleston) and Kaukab Stewart (Kelvin) have told the RMT general secretary Michael Lynch that the public would not look kindly on disruption to the summit and called on him to suspend the ballot and negotiate.

A row has blown up over their commentary that said it was “an unhelpful way for the union’s London bosses to go about kickstarting” negotations.

“We urge the RMT’s London leadership to recognise that COP26 is too important to be targeted in this manner, suspend their referendum, and come to the table for negotiations on a potential pay settlement in good faith,” the said.

They said that COP 26 was Glasgow and Scotland’s chance to “showcase itself on a world stage”.

And added: “We believe ScotRail staff will understand the importance of the moment and will want to play their part in welcoming the world to Glasgow – and a vital role it will be, too.” 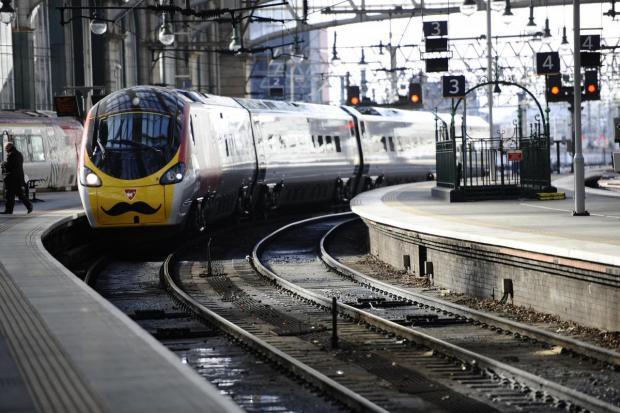 The RMT has now demanded a meeting with MSPs whoo signed what they called ‘ill informed, inflammatory and insulting’ statement and warn “time is running out” to avoid the rail COP 26 dispute Mr Lynch responded by saying that the MSPs’ references to the dispute being run by ‘London bosses’ and ‘London leadership’ is an “insult to the members and elected leadership in Scotland who are leading this dispute”.

In a letter to the MSPs, RMT general secretary Mick Lynch calls out the SNP MSPs for parroting “Murdoch press” rhetoric around union “bosses” and of “failing to understand the democratic structures of unions”.

Mr Lynch wrote: “I would comment on the fact that your letter makes two separate references to ‘London bosses’ and ‘London leadership’, implying that this was a deliberate decision and something you wished to emphasise.

“Choices over language are important and I think your decision to stress your mistaken view that decisions are being made by people from another country, was regrettable and leaves a bad taste in the mouth. It’s also insulting to the members and elected leadership in Scotland who are leading this dispute.”

He added: “We all recognise the importance of the COP 26 summit. Our members who work in public transport are going to be vital to the kind of decarbonised transport system we need in the future and they recognise the importance of this summit as well as anyone. However, as I said over the weekend, it really is a bit rich for you, or the SNP administration to call on us to come to the table and sort out the dispute when we have been asking the Scottish Government to do just that.”

RMT members – who make up the largest part of ScotRail’s unionised workforce – have been recommended to back both a strike and taking action short of a strike “during the whole duration of the Cop26 conference”, which runs from November 1 to 12.

A row over payments for conductors working days off has meant services on Sundays have been slashed for six months. 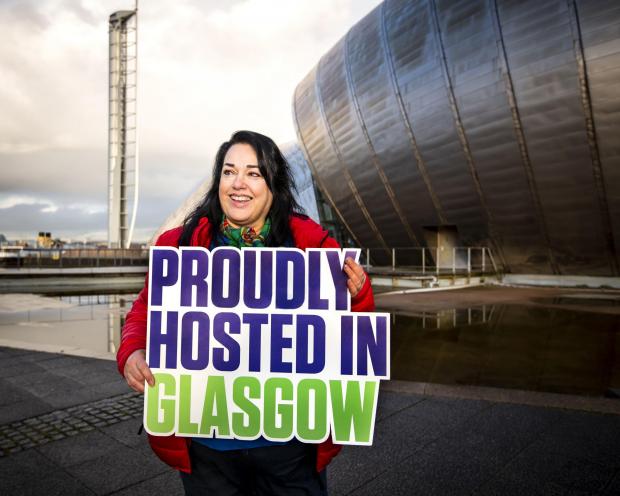 Mr Lynch said: “As you are aware, your government is now funding and controls the Abellio Scotrail franchise and you can, at any moment, take action to resolve the dispute. Instead, the Scottish government has chosen to hide behind the fiction that this is an issue simply for ourselves and Scotrail and sit on its hands for six months. As a consequence of that choice, made by your government, we’re now looking at the action you are objecting to.

“Time is running out and the position you and the Scottish government are taking is becoming increasingly isolated.

“Where we do agree, however, is that it’s high time this dispute was resolved. I know that our reps in RMT Scotland are ready and willing to meet you at a time and place of your choosing to discuss how to resolve this long-running and unnecessary dispute. Instead of publishing ill-informed , inflammatory and insulting statements, I would invite you to meet with them to discuss how this can best be achieved.”

ScotRail said any pay increase must be accompanied by productivity improvements because of the huge increase in Scottish Government support to keep services running during the pandemic.

Transport minister Graeme Dey told MSPs negotiations over payments were a responsibility for the transport operator and unions.

He said a “time-limited enhancement” brought in to compensate conductors and ticket examiners working rest days was no longer required as 140 additional staff had been hired by ScotRail.

Mr Dey also claimed the current cost of running Scotland’s railways was not sustainable after subsidies rocketed to cover lockdown and the subsequent sharp drop in passenger numbers.

He said: “I understand why unions and workers might want to make that additional allowance permanent, but it simply isn’t sustainable in the long term.

“I know one group of RMT members has now voted in support of extending the current industrial action but I would encourage them to settle this dispute.

“Any cancellations as a result of industrial action not only has the potential to undermine the recovery of our railway services, but also to impact on vital revenue streams from ticket sales.”

Abellio claimed Covid-19 had had a “significant impact” on the financial performance of the company, despite the first UK national lockdown being announced just days before the end of the reporting period.

It was confirmed in March that a further £450m in emergency funding was expected to be given to rail operators until March, next year on top of the usual subsidies, after which Dutch state-owned transport firm Abellio relinquishes control of ScotRail. A confirmed EMA (emergency measures agreement) has been put in place for £173m till September, 2021.

Some 97% of the emergency payouts go to Abellio-controlled ScotRail with the remainder going to Caledonian Sleeper, which is run by Serco.

In 2019/20, before the Covid-19 crisis, Scotland’s railways cost the taxpayer £832.6m which is made up solely of subsidies of £476.9m to Abellio ScotRail, £13m to Serco Caledonian Sleeper as well as £355.7m paid directly to publicly owned Network Rail for the keep of the infrastructure, which includes the track and signals.

Transport Scotland said the the EMAs were originally required because of a “very significant shortfall in revenue due to an around 90% drop in passengers”.

The Scottish Government agency said the extra money for the 2021/22 financial year is the result of “projections of expected revenue shortfalls” till September, 2021.

Transport secretary Michael Matheson earlier this year said that ScotRail would come under public ownership run through an arm’s-length company controlled by the Scottish Government, declaring that the current system of rail franchising “is no longer fit for purpose”.

Mr Matheson said the move will come through “operator of last resort arrangements” after he decided it was not the right time to seek a franchise procurement competition to run Scotland’s railways after Abellio ends it control in March, 2022.

It came a year after ministers announced it had stripped Abellio of the franchise three years early in the wake of continuing outcry over service failings and rising costs to the taxpayer.