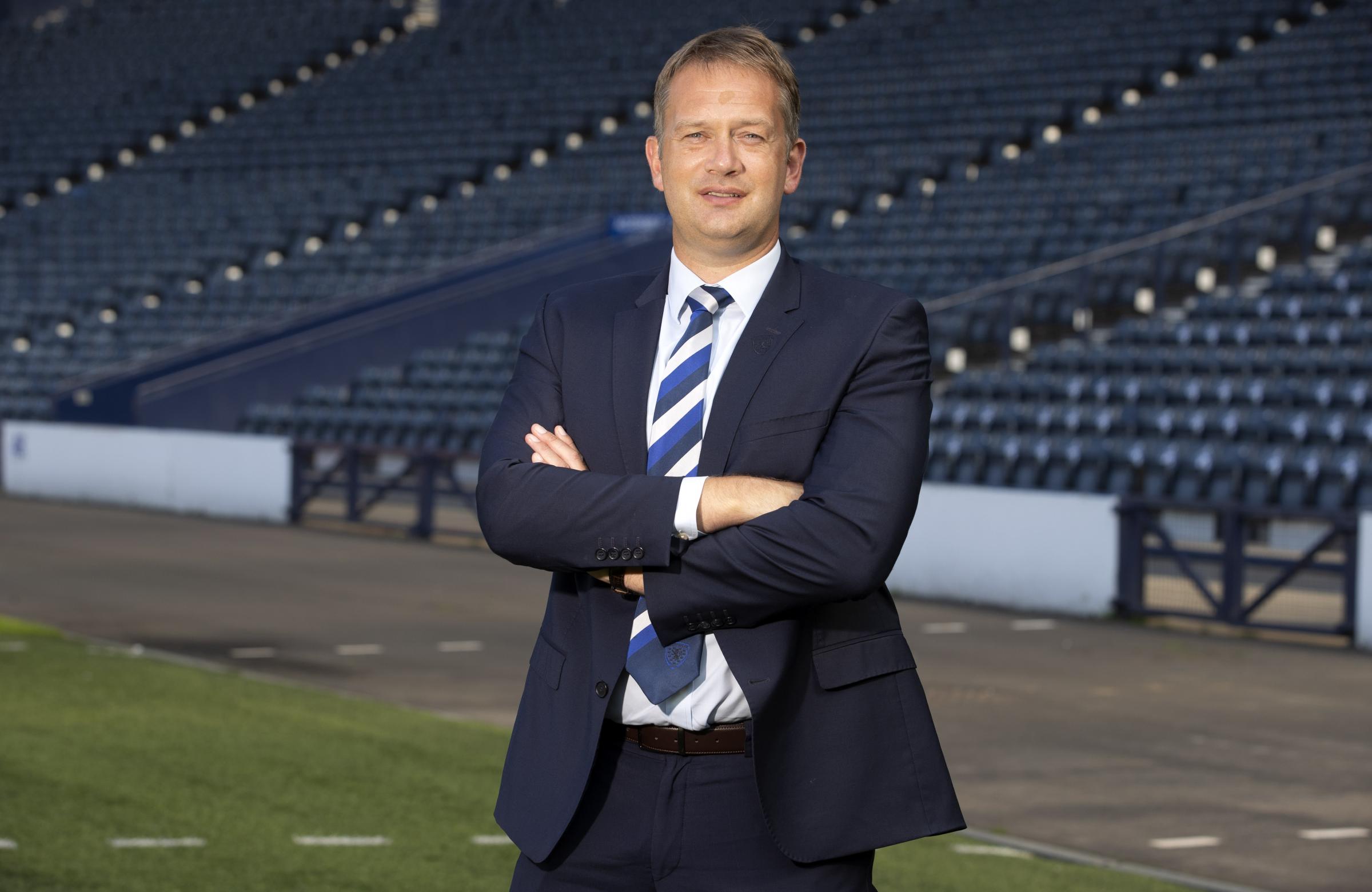 MANDATORY vaccine passport checks for all supporters attending football matches with more then 10,000 fans would be “counterproductive”, Ian Maxwell has claimed.

The SFA chief said it would be “operationally unachievable” for all fans to be checked as part of the matchday entry process as he said spot checks would be the preferred option for football clubs.

Maxwell, speaking on Mornings with Kaye Adams, also revealed discussions with the Scottish Government are ongoing with vaccine passports set to come into force in October.

Quizzed on whether Scottish football should accept mandatory checks of all spectators, Maxwell hit back as he supported Neil Doncaster’s response to the scheme outlining the major logistical problems it could cause.

He also suggested vaccine passports could lead to more social interaction outside grounds as checks are carried out.

“I think Neil is absolutely right to point out the practical and operational challenges of it”, said Maxwell.

“Scottish football since the outset of the pandemic has done a huge amount in terms of keeping initially players and staff members safe and that’s now rolled on to spectators now that we’ve seen them back into stadiums.

“But we can’t just take the Government saying vaccine passports are the way forward, you have to implement these with certain numbers of crowds and not point out that actually it’s going to be counter-productive, it’s not going to help.

“What are we trying to do? We are trying to incentivise individuals to get the vaccine, to reduce transmission of the virus and actually these measures in practice will lead to more people being together for longer periods of time.”

Maxwell was also firm on the additional pressures checks could place on stewards with the burden of examining vaccine passports likely to fall on them.

Explaining the reasons behind the ‘counterproductive’ claim, he added: “Because you’re adding an additional check into a matchday experience. You’re adding a manual check at some point during that entry process which is going to take time.

“What’s the WiFi situation around stadiums? People are going to forget their phones, their phones will run out of charge or they’ll not have their passport on them.

“There are logistical challenges that’ll give in terms of the interaction they have with the stewards who will actually be tasked to go and check this. With the best will in the world stewards have a difficult enough job in terms of monitoring crowds on matchdays.

“To put another matter they have to look at, in terms of a matchday entry process, is just going to exacerbate the problem and lead to greater congestion round about the turnstile area which is actually what we’re trying to avoid.”