THE oil and gas industry is in the eye of a storm. As the world looks to prevent catastrophic climate change by transitioning away from fossil fuels, it expects the industry to play its part in cutting greenhouse gas emissions – and one solution ready to be put into action is electrifying North Sea platforms.

Andy Brooks, Central North Sea Manager for the Oil and Gas Authority (OGA), explains that oil and gas currently provide around three quarters of the UK’s energy requirements and are forecast to remain important for a long time to come.

So, as the transition from fossil fuels is going to take some decades, there is real pressure on the industry to play its part in the drive to Net Zero by lowering its carbon footprint – and the industry is responding.

The industry is exploring several options. An OGA report released at the end of 2019 looked at how to achieve a more integrated offshore energy sector, including how to forge closer links between oil and gas and offshore renewables.

Even before this report was published the OGA, and some of the leading industry players, were looking at potential solutions and considered the impact if diesel and gas generators that drive North Sea oil platforms were driven by electricity instead.

Several major projects have followed focusing on two main geographical areas West of Shetland (WOS) and Central North Sea (CNS). The West of Shetland is bringing together representatives from owners of greenfield oil and gas developments alongside wind power and electricity regulators to look at potential projects.

In the CNS, four of the largest players (Harbour, Shell, Total, BP who call themselves CNSE) are evaluating solutions for the Central Graben. A separate project is looking at electrification solutions for the Outer Moray Firth. These Operators are working alongside the OGA and including all other operators in the CNS area.

There are also projects looking at assets West of Shetland, and in the far North sectors, which have particular challenges. The ORION Project, run by Shetland Island Council, will be considering how the power distribution network on the island can support powering offshore assets.

Also important will be the consideration of dedicated offshore wind farms to supply renewable energy to new assets. These projects need to
be carefully considered by all stakeholders and form part of the ORION Project.

“Traditionally, many North Sea platforms have run off process gas, with diesel generators to start the processes and to serve as emergency backups. This was very efficient at the time, as you were taking the gas that came out the reservoir and using it to drive the power turbines,” Brooks explains. 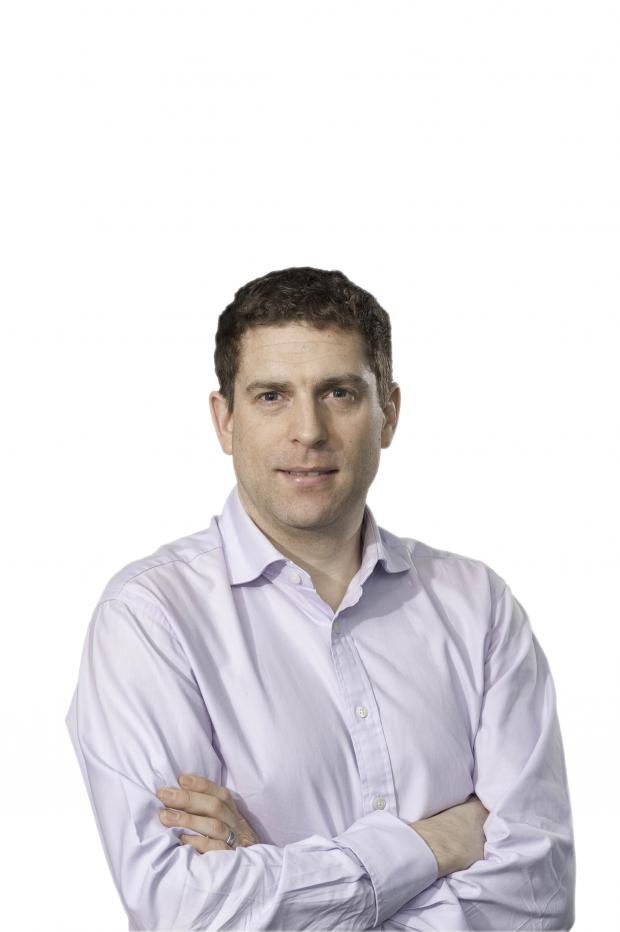 “This approach became even more efficient when waste heat recovery units were added, which could then be used to assist the gas separation process. From a traditional perspective, this was probably as efficient as it could be.”

However, after the UK government became the first country to legislate for a net zero target, the OGA sought to transform the offshore regulatory regime, introducing new requirements on oil and gas operators to lower their carbon footprint in support of net zero.

The need for this was further emphasised with the publication of the North Sea Transition Deal in March 2021 which called on regulators to work together to lift any barriers to electrification.

“This industry is very good at making things more efficient. However, every North Sea platform is different. There is no one-size-fits-all solution. There is a huge age range of platforms, all working at different levels of efficiency and with different designs,” Brooks notes.

The CNS Operators are close to producing recommendations and are exploring several possible solutions to achieve electrification. Running subsea power cables from the shore out to rigs that are a feasible distance from shore is one option, particularly where there is a cluster of rigs in close proximity to each other. Running cables from offshore wind farms is another option, or indeed a hybrid of both solutions. In future, this could also include hydrogen storage or battery back-ups to cover for low and no wind periods.

“We have to take account of the fact that electrification only makes economic sense when a platform will be in service for a sufficiently long period of time,” Brooks notes.

Wherever possible, once the solutions have been tested, new greenfield projects will be electrified from the outset, while older platforms could be converted to run either fully or partially on electric generators.

“This approach will work best where there are groups of platforms in close proximity to each other, and possibly to offshore wind farms, Brooks comments. “It would be extremely challenging and inefficient to run subsea cabling from the shore to every individual offshore platform. The cost would be prohibitive.”

So, just how much carbon could be saved if the industry comes up with a comprehensive electrification programme for North Sea platforms? Brooks says that preliminary estimates suggest that the industry could save around three megatons of carbon by the 2030s – equivalent to taking 1.46 million cars off the road.

“An average platform produces around 100,000 to 150,000 kilotons of carbon, and we could cut that by approximately 70% if the platform is electrified,” he notes.

For platforms that may not form part of a cluster all is not lost in terms of possible electrification, however. Other concepts being considered by operators in conjunction with the OGA and wind energy providers is the possibility of having a floating production, storage and offloading platform equipped with a nearby floating wind turbine to provide power generation for the production facilities.

“We are anticipating a report from the CNSE group which would show which Central Graben platforms are best suited to electrification. Then, around the end of the first quarter of 2022, we should get a further report suggesting what concepts are best suited to which platforms.

“At the OGA, we are driving the industry to move at a pace that will have solutions in place somewhere around 2025 to 2027,” Brooks concludes.

Meanwhile, a £1million pound competition, managed by the OGA, has been launched to advance electrification. Applicants will be given the chance to bid for a share of the total £1m, with funding allocated on match-funded basis. The competition will help advance technical, feasibility or engineering studies that will move electrification projects a step closer to reality, with studies published in future for others to benefit.

THE Oil and Gas Authority (OGA) has a well-developed capacity for strategic planning. When the Authority first came into being in 2016 its work was guided by its then Strategy of Maximising Economic Recovery.

Now, following the Secretary of State’s stated ambition of reaching net zero greenhouse gas emissions by 2050, the OGA has revised its Strategy to include supporting the net zero drive as a central focus.

Ian Hill, Head of Strategy Projects at the OGA, notes that in the years since the OGA was formed, there have been some significant changes in the UK’s oil and gas sector’s operating environment and stewardship. 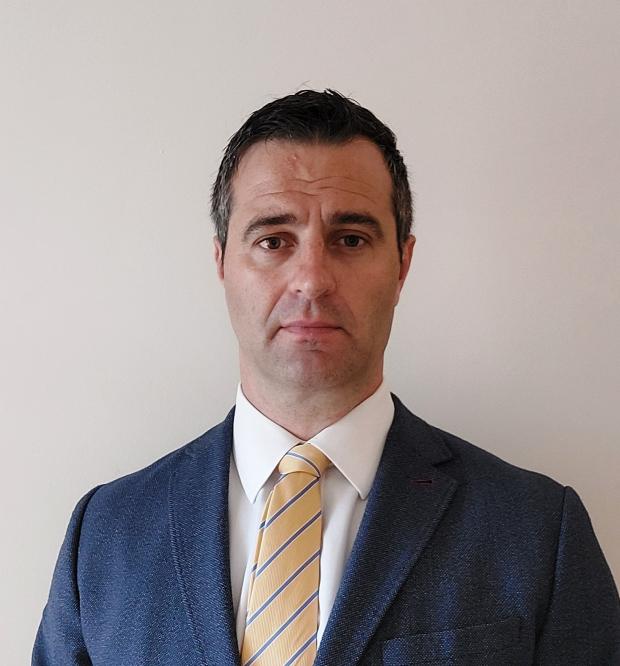 These have been accompanied by, if anything, even more seismic shifts in the external environment.  “However, a more fundamental change which has been happening over the last few years, for the oil and gas sector and for society as a whole, has been the growing evidence of the impacts of climate change, and the accompanying shift in public and industry opinion,” he says.

The OGA is responding to this by making sure that the oil and gas industry addresses its own carbon footprint.

“The OGA is of the view that the industry should go considerably faster and farther to reduce its own carbon footprint or it will risk losing its social licence to operate,” he comments.

Perhaps the most fundamental step the OGA has taken to help drive this change is the way it has embedded the obligation on ‘relevant persons’ to assist the Secretary of State in the drive to net zero, as part of the revised OGA Strategy.

“Once we had written this into the revised central obligation, we embedded net zero throughout the Strategy, including adding obligations relating to carbon capture and storage, along with some related requirements around planning for decommissioning. We are now in the process of embedding the net zero obligation in all of our guidance” Hill comments.

As an example, the recent guidance the OGA has issued on the flaring and venting of gases from exploration and production platforms, has really been driven by the OGA’s stance on net zero.

“We want operators to reduce emissions as far as possible, minimising or, where possible, eliminating any unnecessary flaring and venting is part of this, alongside wider emissions reductions initiatives such as for example platform electrification, rather than being flared or vented,” he adds.

Between 2019 and 2020 there was a 22% reduction in flaring volumes, and a 10% annual reduction in CO2 emissions from offshore installations and terminals.
The OGA is the licensing and permitting authority for carbon storage.

Operators who are looking to inject captured CO2 back into depleted North Sea reservoirs or aquifers need to apply to the OGA for permission.

At present, Hill points out, carbon capture and storage is a nascent industry, but will play a key role in the UK economy achieving net zero, and, alongside other energy transition solutions, will be part of the North Sea transformation to help the UK become carbon neutral.