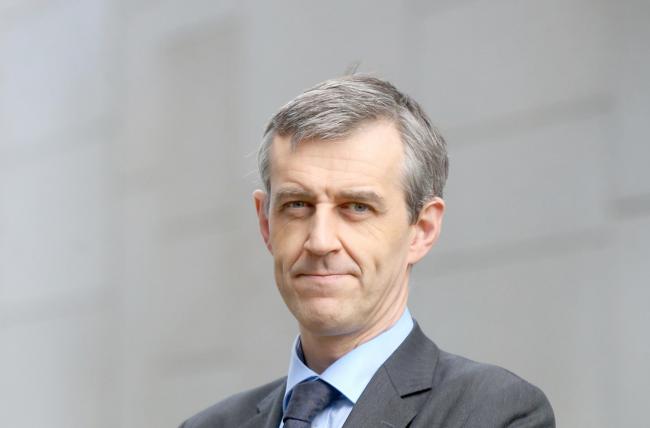 COURTROOM dramas ain’t what they used to be thanks to Covid. Besides dodgy wi-fi, this week’s online hearing of the Supreme Court about Holyrood powers also featured the distraction of why so many of the country’s sharpest minds favour floral curtains.

Still, there was enough residual suspense, and entertaining lines, to make it worth sitting through two-days of debate in a case which could have some ugly fallout for the SNP.

In March, MSPs unanimously passed a Bill to incorporate the UN Convention on the Rights of the Child (UNCRC) into Scots law, despite a warning from the UK Government that parts of the Bill strayed outside Holyrood’s devolved competence and encroached on Westminster’s realm.

In particular, that giving Scottish courts the power to strike down UK laws at odds with the UNCRC or rule them incompatible with it would cramp Westminster’s sovereign right to make laws for Scotland, even in devolved areas, should it wish to do so.

At the time, John Swinney declared the UK Government was at it.

The deputy FM told MSPs before the final vote on the UNCRC Bill that Scottish Secretary Alister Jack had written a “menacing letter” asking for changes. “A very orchestrated and sustained assault is under way on the Parliament’s powers,” he thundered.

Mr Swinney must have the constitution of a kitten if he considers Mr Jack’s letter menacing.

“I should be grateful if the Scottish Government could look again at specific elements of the Bill to ensure  a lack of clarity does not undermine our shared objectives,” Mr Jack said.

“I am open to exploring any avenue to provide clarity and a solid basis for co-operation but, until we resolved those issues I request that an amendment is made to the Bill at Stage 3 of its passage to make it clear that Section 6 does not apply to Ministers of the Crown when exercising reserved functions in Scotland. This would be helpful for stakeholders so they know where the Bill applies.

“I would also request that the Scottish Government table an amendment that makes it clear that Westminster legislation is removed from the scope of sections 19-21.
“Making these amendments will ensure that there is full legal clarity as a sound basis for joint working.

“I understand my officials have already highlighted these high-level concerns to your officials and I should like to see these conversations continue.

“I would be happy to meet you further to discuss.”

A few days later, MSPs passed a second Bill to incorporate another international charter into Scots law, this time on local self-government, which led to similar objections.

In line with its warning something was awry with the UNCRC Bill, the UK Government law officers referred it to the Supreme Court for a ruling on its competence alongside the second Bill about the self-government charter.

The related cases were heard on Monday and Tuesday (with the focus on the UNCRC Bill) before five justices, including the Court president, the Scottish judge Lord Reed.

The UNCRC Bill is extremely wide-ranging. It would oblige public bodies to comply with a raft of child rights on health, education, equality, privacy, religion and assembly, opening them up to damages claims if they do not act compatibly with those rights.

As the counsel for Scotland’s Lord Advocate put it, the UNCRC Bill takes a broad “maximalist” approach. Rather than exhaustively defining everything it covers, it is a “framework” that leaves it to Scottish courts to decide which laws affecting devolved areas – whether passed by Holyrood or Westminster – are UNCRC compatible or not.

The UK Government argues this goes against a key part of the 1998 Scotland Act that created the Scottish Parliament. Section 28(7) says that Holyrood’s ability to make laws “does not affect the power of the Parliament of the United Kingdom to make laws for Scotland”, including in devolved areas, as Westminster is sovereign.

The Lord Advocate’s argument was that Section 28(7) is not affected because Westminster’s power to make laws for Scotland remains the same. Its ultimate authority is unchanged.

Besides, Section 21 of the UNCRC Bill says declarations of UNCRC incompatibility are not binding on the parties and don’t affect the validity or enforcement of the incompatible law.

If Scottish Courts start deciding some UK Acts are unlawful because they conflict with the UNCRC, Westminster’s unqualified power to legislate wherever it wants is curtailed.

It can’t meaningfully be said to “make laws for Scotland” if some of those laws hit a UNCRC wall at the border and have no effect beyond it.

Plus, that non-binding stuff in Section 21 is in conflict with other parts of the Bill, which say it is “unlawful” for a public body to act in a way incompatible with the UNCRC full stop. And if they ignore that they’re wide open to being sued, and so in practice the law stops operating.

After day one, the respected legal academic Dr Andrew Tickell warned me not to read anything into the judges grilling the Lord Advocate’s QC, as it’s what they do. He’s quite right.

Yet by day two it was impossible not to sense frustration and dismay on the virtual bench, as judges labelled parts of the UNCRC Bill inconsistent, strange and a source of “puzzlement”.

When the Lord Advocate’s counsel tried to argue all was dandy because the Bill was passed by MSPs knowing the extent of Holyrood’s powers and ministers were happy with it, Lord Reed called it “completely meaningless”, as it was tantamount to saying nothing ever goes wrong.

There was also much comment on the Bill appearing to bypass the usual Scotland Act “pre-clearance” checks to ensure it was within legislative competence by leaving that bit to the courts, with lots of future litigation needed to clarify its boundaries.

As Lord Reed said: “In most liberal democracies one expects the law of the land to be publicly available and accessible. Whereas this technique of drafting guarantees that the one thing you can be sure of is that the terms of the statute do not represent the law.

“You draft the legislation as if the constraints in the Scotland Act didn’t exist, and then you leave it to the courts to sort out the problems on a case-by-case basis.”

That included complex, sensitive areas such as “compulsory measures of care, children in the criminal justice system, above all perhaps the treatment of immigrant children”, where people’s liberty was at issue.

In one of those phrases that will doubtless haunt him, the Lord Advocate’s counsel, James Mure QC, acknowledged legal certainty would “become clearer over time, but it’s not irredeemably unclear for the purpose of an Act of the Scottish Parliament”.

After the justices peppered him with questions, Lord Reed drily told Mr Mure his submissions had been “thought-provoking to say the least”.

After day one, the SNP again denounced it all as a Tory “power grab”. This is lazy garbage.

The law redistributing repatriated laws after Brexit was a power grab on devolved turf, no doubt about it.

But there was no suggestion in court, from any quarter, that the UK Government is trying to extend its existing powers through this challenge.

The key argument was whether Westminster’s writ would be lessened.

If there was any power play afoot, it was from Edinburgh, not London.

I won’t try to predict the Court’s ruling, but I will be surprised if the justices don’t mention the muddle and uncertainty in the UNCRC Bill and the morass of litigation it could spawn.

Yet this is a Bill the SNP tried to make a key plank of their Holyrood election campaign. Nicola Sturgeon cited the UK Government challenge to it in the TV debates, while SNP Westminster leader Ian Blackford called it “shameful” at PMQs, earning a rebuke from the Dean of the Faculty of Advocates, who reminded him it was about the law, not politics.

The fact the SNP were ready to ride into battle on this donkey tells you how keen they were for a fight.

The UK Government suspects SNP ministers ignored their warnings about a lack of legal clarity and pushed ahead regardless to get a new stick to beat the Tories with at the election.

‘See Westminster? They’re even against children’s rights, the monsters.’

If it was an electoral tactic, that would be cynicism of the basest kind. Promoting bad law, ostensibly to help children, in order to help the party.

If the Court rules the UNCRC Bill is a duffer, it will be harder not to agree.