SCOTTISH Government ministers were told of concerns with the Test and Protect system six weeks ago, The Herald on Sunday has learned.

A concerned whistleblower contacted Minister for Children and Young People Clare Haughey about the running of the service after it was taken over by two firms – Go-Centric and Ascensos – in April.

Their letter, sent in May, said call waiting times for the Covid information line, and for vaccination appointments under the previous contract provider, were “negligible” but added that it was not the way the service was now operating.

The whistleblower highlighted the concerns about treatment of staff by Go-Centric, telling the Scottish Government minister: “The treatment of staff and the standards within the delivery of the contract have fallen so far that it has now become a completely different (inefficient) service to the one in which I previously worked.

“Wait times for members of the public who were calling the appointment rescheduling and information line were negligible and this is definitely not how the service is now being run.”

It comes after The Herald on Sunday revealed that Go-Centric, which was given £10 million to run Test and Protect and other NHS call handling, immediately put staff on furlough when it was given the work. 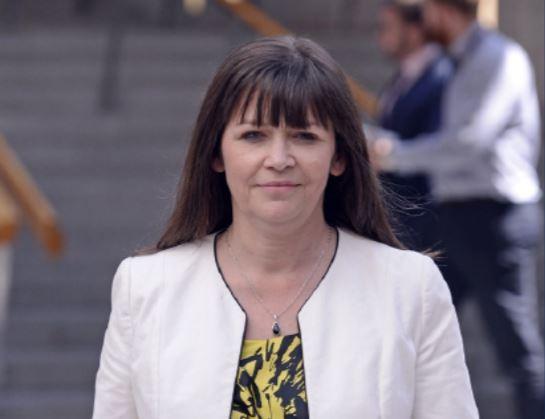 We can now reveal that around half of the 300 staff who transferred over from the previous contract operator, Pursuit Marketing, to Go-Centric have now left the company. However, around 400 people are employed by the firm in total to work on Test and Protect, as well as other NHS work.

IN a reply to the concerned whistleblower, Ms Haughey said she had “engaged” with NHS National Services Scotland, which awarded the contract, adding: “NSS has confirmed that it has taken all appropriate actions within their remit to support the transfer of service from their previous partners to Ascensos and Go-centric.

“They continue to rigorously monitor performance and have reached out to suppliers to address these concerns.”

She added: “The Scottish Government is extremely grateful to all those who have worked on the Test and Protect programme and the part that they have played in helping to navigate the country through this most difficult time.

“Please be assured that we will continue to work closely with our delivery partners to ensure that all Test and Protect workers are treated fairly, lawfully and with the respect that they deserve.”

Scottish Conservatives chief whip Stephen Kerr said there had to be an inquiry into the inner workings of the firm, following the concerns from the whistleblower.
He said: “Scotland’s Test and Protect system is buckling at a critical point in our fight against the pandemic, but it appears SNP ministers [have] turned a blind eye.

Robust checks should have been carried out to ensure it was running as effectively as possible, rather than continuing to pretend everything was fine.

“With around half the staff having left within a matter of months, there needs to be an urgent investigation as to the inner workings of Go-Centric.”

He added that SNP ministers had to “step up and support” staff and “get on top” of the problems facing Test and Protect, which has struggled to cope with the surge in coronavirus cases in Scotland in recent weeks.

GO-CENTRIC was asked for its response to the claims made by the whistleblower, with a spokeswoman saying they were “false, inaccurate and unfair”.

A spokeswoman said: “Go-Centric delivers an outstanding service to the NHS and has more than met all requirements of the contract.

“We are immensely proud of the Go-Centric staff who are playing a key role in Scotland’s Covid response, and we will not tolerate false, inaccurate and unfair attacks on their life-saving work.”

A Scottish Government spokesman said: “On April1, NHS National Services Scotland (NSS) contracted with Go-Centric to enhance the capacity of our NHS-led contact tracing system. The contract was agreed through the appropriate NSS governance routes and is based on standard NHS Terms and Conditions.

“NSS continue to rigorously monitor and review Go-Centric’s performance against the contractual standards in place.

“We are grateful to all of our contact tracers for their continued contribution to the pandemic response.”